Tamil Nadu Chief Minister slammed TN BJP chief Annamalai's statements by saying he is doing politics while we are working for the development of the state. 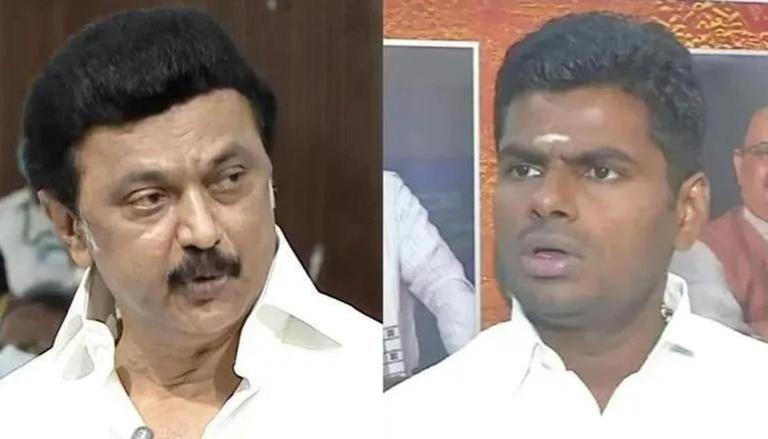 
Following Tamil Nadu BJP chief Annamalai’s controversial statements against the DMK government in the state, Chief Minister MK Stalin said he is merely doing politics in the state while we are working for the development.

Addressing a press meet in Trichy on Tuesday, Tamil Nadu Chief Minister MK Stalin said, “Annamalai is doing politics while we are doing welfare for the people.”

Tamil Nadu BJP workers along with state party president K Annamalai marched towards the state's secretariat in Chennai on Tuesday condemning the state government for not reducing the tax on petrol and diesel.

Following this, a case has been registered in the Egmore Police station under 3 sections including illegal crowd gathering and stopping government officials from doing their duty. Police has registered a case against 5,000 people, including BJP state president Annamalai and former National Secretary H Raja for violating laws.

Tamil Nadu BJP president Annamalai on Tuesday spoke to the media and said, "When Dravida Munnetra Kazhagam (DMK) came to power, they said that the price of petrol and diesel will be reduced by Rs 5 & Rs 4. This promise was made one year back. BJP government had reduced the fuel price twice. But DMK govt in Tamil Nadu did not reduce even once."

Annamalai further added, “We are only asking to fulfil your promise. We are not asking anything else."