The place holds special significance since it is located a few hundred meters away from the place where the original statue was vandalised 35 years ago. 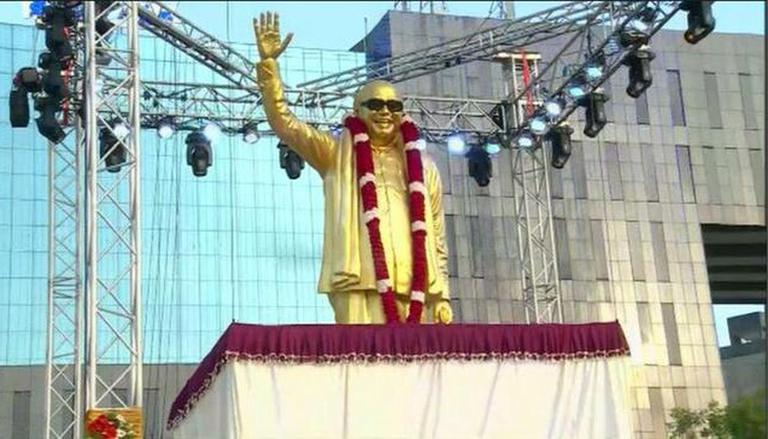 
Vice President M Venkaiah Naidu on May 28 inaugurated a 16-feet high statue of former Tamil Nadu Chief Minister and DMK patriarch M Karunanidhi in Chennai. The bronze statue was unveiled at the campus of the multi-super specialty government hospital at Omandurar Estate in the presence of the latter's son and state CM M K Stalin. After unveiling the statue, the Vice President paid floral tributes to a portrait of Karunanidhi kept near the statue, accompanied by Stalin and other leaders.

Notably, the place holds special significance since it is located a few hundred meters away from the place where the original statue was vandalised 35 years ago in the wake of AIADMK founder M G Ramachandran's death. CM Stalin had raked up the incident in his epistle to his DMK workers on May 27.

"The statue was vandalised by certain evil forces out of political malice following the death of MGR (as Ramachandran was addressed)," Stalin said, as per PTI. 'Father of the Dravidian movement' Periyar wanted to install a statue of Kalaignar but after his death, his wife Maniammai took the initiative along with the Dravidar Kazhagam to install his statue on Anna Salai, Stalin said. The newly inaugurated statue stands 16-feet high and is mounted on a 14-foot high pedestal. 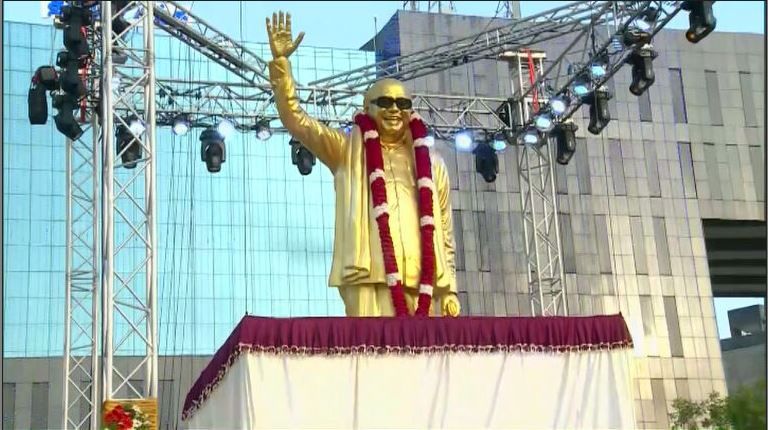 The DMK government is also planning a massive 2.21-acre memorial for M Karunanidhi at the Marina beach. As per the order issued by the TN Government, the memorial will portray his life, work, and achievements.

The TN CM had made the formal announcement in the State Assembly where he had announced that a memorial will be constructed at a cost of Rs 39 crore for his late father. Stalin had hailed the late leader as the 'sculptor of a modern Tamil Nadu' and remarked that Karunanidhi was a 'multi-faceted personality', who no leader can match in the past or the future.

His decision was welcomed by Opposition parties including AIADMK coordinator and deputy leader of the opposition, O Panneerselvam, who dubbed it a 'historic decision'. The structure will be built next to the memorials of former Chief Ministers MG Ramachandran and J Jayalalithaa.