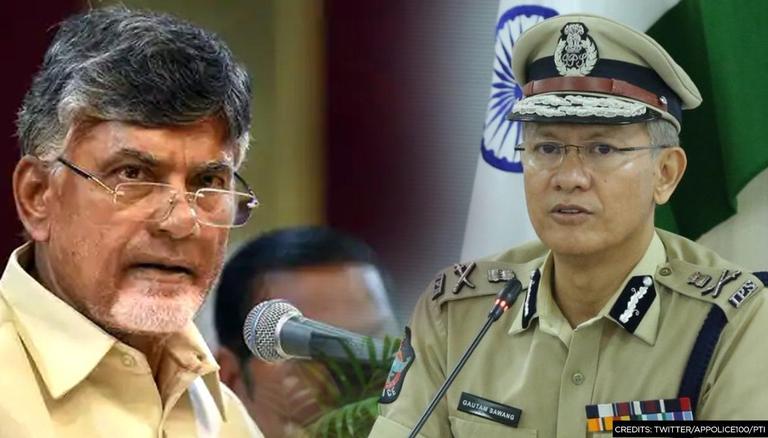 
Taking a jibe at the YS Jagan Mohan Reddy-led state government, Telugu Desam Party (TDP) chief and former Chief Minister Chandrababu Naidu on Wednesday wrote a letter to Andhra Pradesh Director General of Police (DGP) Gautam Sawang and spoke about incidents of violence and harassment against the TDP leaders in the state. As stated by news agency ANI, the former Chief Minister through his letter accused the Andhra Pradesh Police of supporting the ruling Yuvajana Sramika Rythu Congress Party (YSRCP) and eventually harassing the party leaders, cadre, and sympathisers.

Further, calling out the police administration for running a 'Police Raj' in the state, he mentioned the two TDP workers who allegedly attempted suicide after being harassed by the state police who lodging false cases against them. The incident took place in the Mogilicharla village of Andhra Pradesh. Naidu also demanded a proper inquiry and appropriate action into the incident.

Speaking about the police administration in the state, TDP chief Naidu in his letter said that the police officers are allegedly harassing the TDP supporters by filing false cases and allegations against them on the behalf of the ruling government which clearly portrays a 'colonial raj' in the state.

Further, he stated that the state police is taking actions against anyone who is holding political views and beliefs against the ruling party and opposing the YSRCP. Slamming the Andhra police, he said that the name and position of the police have lowered down and the citizens no longer believe in the police system. Further, demanding proper steps in the administration, he urged the DGP for reinforcing law and order in the state.

The incident took place on Sunday, September 5, when six TDP workers were taken to the police station. Two among them were picked up along with their families.

As stated by Naidu in his letter, the two were brutally beaten and warned by the police for supporting TDP. After harassing and threatening, the police left the two in the early hours of Monday and later called them again in the day. However, afraid of the circumstances, they attempted suicide by consuming poison. They were admitted to the hospital and are currently out of danger. Criticising the police administration, Chandrababu Naidu condemned the incident and demanded stringent action against the involved police officers.