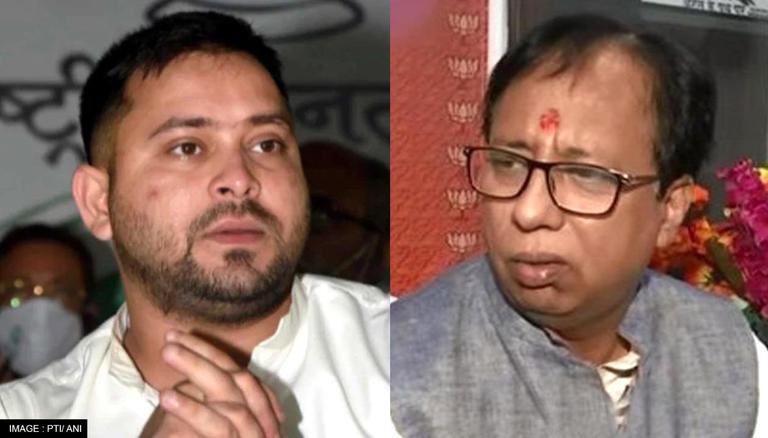 
New Delhi, Jul 19 (PTI) Bihar BJP president Sanjay Jaiswal claimed on Tuesday that RJD leader Tejashwi Yadav wanted the Central government to shield his family from corruption cases and was willing to support his party in forming government in the state in return.

Jaiswal told PTI that Yadav had made this offer to Union minister Nityanand Rai on a flight and added the RJD leader's claim that Rai had wanted to join his party was made in frustration because the BJP had refused to "compromise" with corruption.

This was the only time Rai had met Yadav, he said.

The Rashtriya Janata Dal had claimed in Patna on Monday that Rai, a senior BJP leader from the state, had expressed a desire to jump ship before his induction into the Union Council of Ministers in 2019.

Jaiswal, a Lok Sabha MP, hit back at Yadav, saying he was getting back at Rai with such a "false claim" because the BJP refused to compromise with corruption.

His family members are accused of massive corruption, and he is bound to go to jail, the BJP leader said.

"He wanted the BJP to protect his family members from going to jail. He was ready to support the BJP and help it form a government in the state. But our party refused to compromise with corruption," he said.

Reacting to Rai's criticism of him for his swipe at the NDA's presidential candidate Droupadi Murmu, Yadav had said, "Don't talk to me about him. He had met me before getting a ministerial berth and expressed the desire to join my party." Yadav, the son of former Bihar chief minister Lalu Prasad Yadav, and some other members of his family have been booked in a corruption case. He has in the past rejected the charge and blamed the BJP-led NDA's political vendetta for this.

Lalu Prasad Yadav has been convicted in a fodder scam cases.