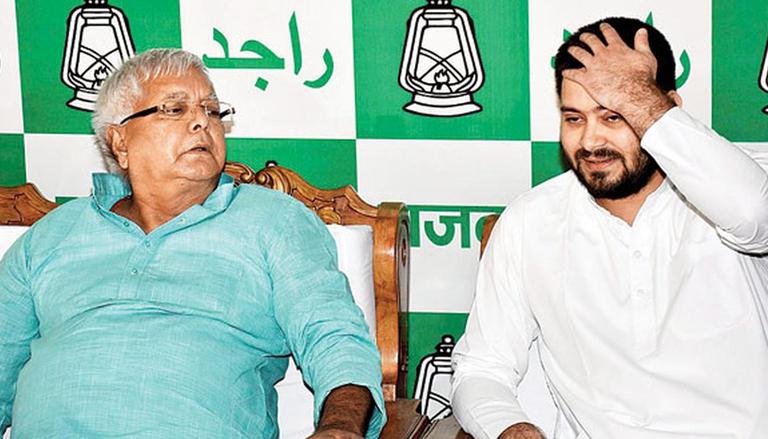 While informing that Lalu was still undergoing treatment, Tejashwi Yadav said," His sugar level is fluctuating". Lalu has fallen ill days after reaching Bihar. While in Bihar, Lalu was once even spotted riding a jeep on the streets of the capital city- Patna. In a video that circulated of the same, after riding the jeep for a brief period with RJD workers, Lalu was seen stepping out of the jeep and expressing his happiness.

Days before, Lalu appeared at the Patna CBI Court for his hearing in the Fodder Scam Case. He appeared before the court after being summoned by the CBI for being physically present in the hearing pertaining to the illegal withdrawal of Rs 47 lakh from the Banka district treasury.

His counsel Sudhir Kumar Sinha said, "The court has fixed November 30 as the next date of hearing in the case when witnesses, said to be over 200 in number, would be examined. Lalu ji has not been asked to appear on that date. He is willing to appear whenever asked."

The fodder scam pertains to the fraudulent withdrawal of nearly Rs 1000 crore, in the 1980s and 1990s from several treasuries in undivided Bihar. The CBI has lodged separate cases with regard to irregularities in different districts. Prasad, who had been the CM from 1990 to 1997, was first convicted in the case relating to Chaibasa, now in Jharkhand, about a decade ago which also rendered the powerful mass leader disqualified from contesting elections. Convictions in a number of other cases in 2017-18 caused him to spend a considerable time behind bars in Ranchi, until his release on bail granted by the High Court of Jharkhand earlier this year.

During his time in jail, he had fallen ill numerous times and was treated in the Rajendra Institute of Medical Sciences (RIMS).

WE RECOMMEND
Bihar assembly winter session likely to be stormy