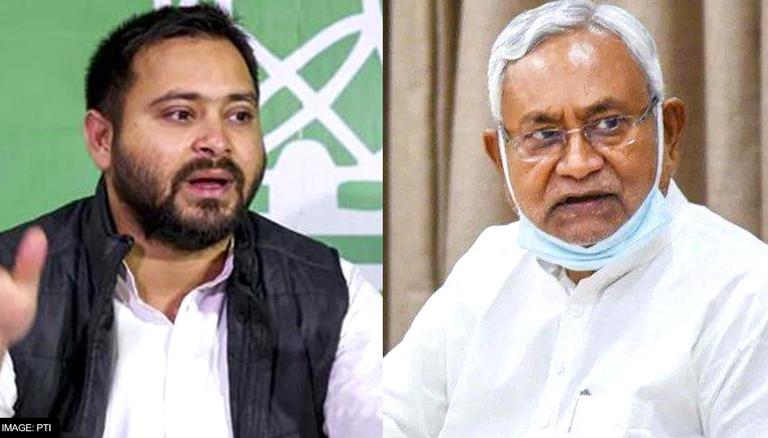 Tejashwi Yadav then thanked the people of Bihar for their support. He said, "The support which we get from people increases our morale". He asserted that RJD strives to work for the people.

Wishing the nation on New Year, Tejashwi Yadav tweeted, urging the people of Bihar to rise above politics and work towards the development of the state. The Tweet read, "Let’s wish for equal & caste free justice, let’s fight for the downtrodden & poor. Let’s rise above petty politics of caste & religion and let’s make Bihar the most developed state in India & our country best in the world. (sic)"

Today on the first day of #NewYear, Let’s wish for equal & caste free justice, let’s fight for the downtrodden & poor. Let’s rise above petty politics of caste & religion and let’s make Bihar the most developed state in India & our country best in the world. #HappyNewYear2022 https://t.co/gg9lisxOB8

Recently on December 9, Tejashwi Yadav married Rachel Godinho in an exclusive and low-key celebration in Delhi. The RJD leader who is known to be Lalu's political heir is the youngest opposition political leader in any state Assembly.

Bihar Chief Minister Nitish Kumar, on Friday, December 24, dismissed demands for relaxing the stringent prohibition law in the states for the people arriving in Bihar from outside. Nitesh Kumar also condemned people suggesting that on medical grounds, an exception had been made for 'certified alcoholics'. He asserted the health of the people is spoiled by drinking and not by being prevented from doing so.

Kumar, who is the longest-serving chief minister of the state said, "Many people are angry with me because I have brought in prohibition. They say we should at least exempt those coming from other states. Do people come to Bihar to drink?”

WE RECOMMEND
RJD slams Nitish Kumar for telling people to 'stay away from Bihar if you drink'
Tejashwi Yadav with wife Rachel return to Bihar's Patna, reveals her rechristened name
Patna resident becomes first to be afflicted with omicron in Bihar
More than 100 people test positive for COVID-19 in Bihar
Tejashwi Yadav to get engaged tomorrow in low-key private event in Delhi's Sainik Farms