Vowing to procure Bihar special status, Tejashwi Yadav on Tuesday, promised that if the Mahagathbandhan wins 39 of 40 seats in 2024 Lok Sabha elections 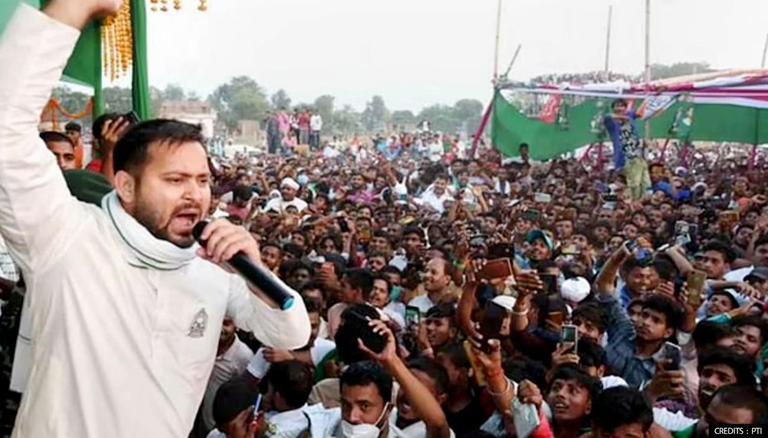 
Vowing to procure Bihar special status, Tejashwi Yadav on Tuesday, promised that if Mahagathbandhan wins 39 of 40 seats in 2024 Lok Sabha elections, he will make the PM announce it. Lashing out at the JDU-BJP government, he questioned as to why special status had not been accorded yet. Stating that RJD delivers what it promises, he said that the JDU lacked a spine.

Tejashwi: 'Will get Bihar special status'

Earlier on Monday, Bihar minister Bijendra Kumar Yadav said that JDU government was tired of repeatedly demanding special status for Bihar for over ten years. Claiming that it was not fruitful, he added that JDU will demand for special assistance for development in various sectors. Frustrated at the Centre's indifference, the JDU fumed, 'There is a limit to every demand'.

“How long should we seek special status for the state? There is a limit to every demand. A committee was also formed to look into special status to Bihar, and a report was sent. But it did not yield any result," said the minister.

In June, the NITI Aayog released its latest SDG (sustainable development goal) index which ranked Kerala, Tamil Nadu and Himachal Pradesh at the top while Bihar was at the bottom. Scoring only 52 out of 100, JDU leader Upendra Kushwaha raised the demand for special category status, claiming that the Nitish government had done everything to improve the state's economic condition. Tagging PM Modi on Twitter, Kushwaha said, "At the current rate, Bihar's parity with other states is not possible. Therefore, please consider the long pending demand of JDU for granting 'Special State Status to Bihar' and give justice to the people of Bihar."

Special status for Bihar has been a pet demand of Nitish Kumar, who has been vehemently raising the same since coming to power in 2005 and often made it a poll plank. He had promised to support any government that fulfilled this demand while the Congress-led UPA ruled the Centre. He persisted in seeking special status, belying speculation that he will tone down his demand, on returning to the NDA-fold with an assertive PM Modi at the helm. Kumar has frequently written  to the Centre how Bihar was adversely affected by the carving out of the resource-rich Jharkhand two decades ago.