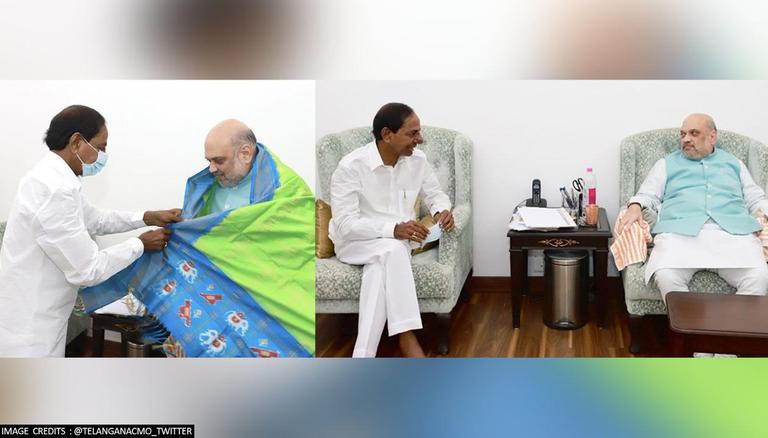 In the meeting that took place in the national capital, CM Rao said, "Around two years after its formation, to meet the aspirations of the people of Telangana, the state government has undertaken a major revamp of its district administrative set up by reorganizing the then existing 10 districts into 33 districts for better administrative convenience, efficient delivery of welfare and developmental programs to the people residing even the remote areas."

He highlighted the fact that this reorganisation has been recognised by the Central government followed by a special recognition for the police department with 20 police districts and 9 police Commissionerates instead of 9 police districts and 2 police Commissionerates that existed earlier. Speaking on the reorganisation of the administration, he said that new territorial posts were created for fulfilling statutory responsibilities as per the Police Act, 1961.

Stressing that revising the existing zonal system under Article 371-D had become necessary after the formation of Telangana,
Rao said the decision was taken as the state government aims to avoid injustice towards employees and aspirants for government employment.

CM Rao also noted that the state government has already sent a proposal to the Ministry of Home Affairs for reviewing the IPS cadre for Telangana. The proposal aims to create various cadre posts in the states. He added that reorganisation now needs additional posts with new zones and new multi zones. It means that a minimum increase of 29 Senior Duty Posts which takes the existing 76 to 105 posts is being sought.

Earlier on Friday, CM KCR also met PM Modi and requested him to increase the number of IPS officers for the state given the increase in the number of districts. He also sought 100 per cent funding for construction of road networks in the Naxal affected areas