Stirring a controversy, Telangana CM K Chandrashekhara Rao on Sunday, claimed that he felt saddened as a Hindu by Dalit conversions to Christianity. 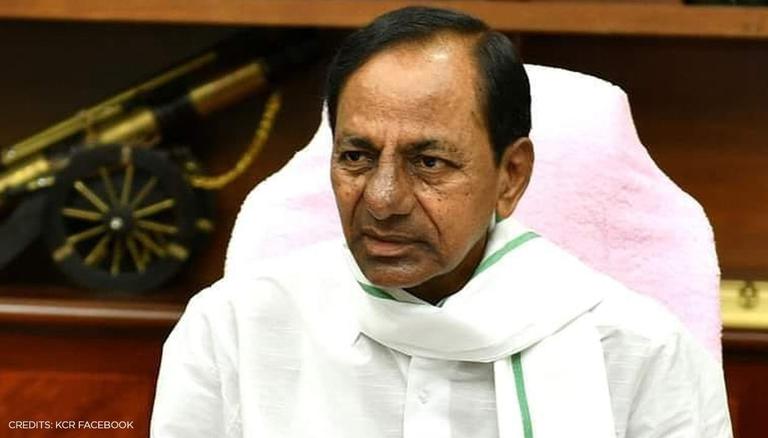 
Stirring a controversy, Telangana CM K Chandrashekhara Rao on Sunday, claimed that he felt saddened by Dalit conversions to Christianity. Addressing a public meeting at Telangana's Kamareddy, KCR said that as a Hindu he feels bad that Dalits are suffering due to poverty. Claiming that it was Dalits' conversion to Christianity is society's fault as they were unable to protect them and were being denied respect as Dalits.

If Dalits are converting to Christianity, it's our fault that we're unable to protect them. When they convert to Christianity, they're getting respect denied to them as Dalit. I'm a Hindu & I feel bad when I see that Dalits are still suffering due to poverty: Telangana CM (20.6) pic.twitter.com/BF0CON9aLX

KCR has played the Hindu card several times, often claiming that he is a bigger Hindu than Prime Minister Modi himself. In 2019, while addressing an election rally at Miryalaguda in Nalgonda district, KCR had said, "They (BJP) leaders talk of Hindutwa only for the sake of vote bank politics, but I practise Hinduism in letter and spirit in all walks of my life. Who else is a bigger Hindu than me? BJP leaders including Modi cannot match me on this." This was in reply to PM Modi's Mahabubnagar rally during the Lok Sabha elections.

The CM's latest remarks come as he ordered officials to complete the renovation works of Yadadri temple in two-and-a-half months, as per reports. The Yadadri temple - KCR's pet project to rival Tirumala - costs Rs 1200 crores and has been a bid to consolidate the TRS' Hindu vote in Telangana. The temple, also known as Lakshmi Narasimha Swamy Temple, has been getting renovated throughout lockdown.

Recently, KCR's close aide Eatala Rajender joined BJP after being thrown out of the Telangana cabinet. A founder member of TRS, Rajender who was given the Health Ministry in 2019, was removed from the cabinet over land grabbing allegations. Some farmers in the Achampeta and Hakimpet villages in Medak district accused Jamuna Hatcheries Private Limited, owned by Rajender's family, of encroaching on 66 acres of assigned land.

Since his fallout with TRS leaders, he was courted by several political parties in the state including Congress, BJP and Telangana Jana Samithi. On May 30, his wife Etela Jamuna countered the charge that the former Health Minister had illegally occupied the land of backward sections of the society. She asserted, "When my husband has fought for the well-being of the backward classes, why would he grab land from the same poor people?"