YS Sharmila who was on an indefinite fast, protesting against the KCR govt was arrested and shifted to a private hospital in Jubilee Hills in Hyderabad. 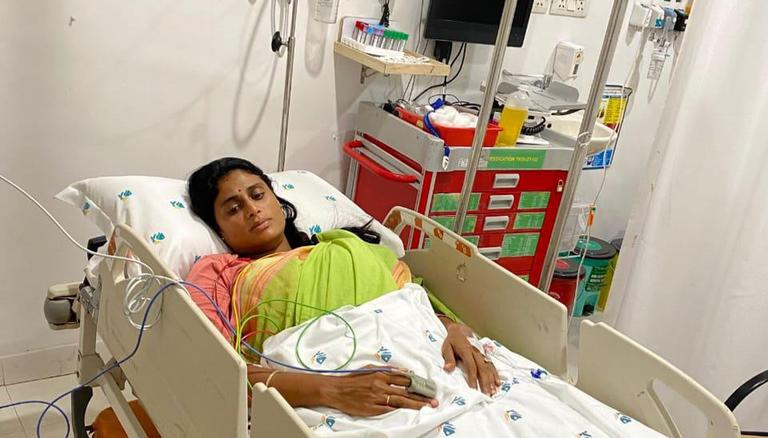 
YSR Telangana Party chief YS Sharmila, who was on an indefinite fast, protesting against the TRS government for not being granted permission to hold her Praja Prasthanam padayatra, was arrested and shifted to a private hospital in Jubilee Hills in Hyderabad around 1 a.m. on Sunday. Telangana Police forced media personnel, and her party leaders and cadres, to move away from the location before she was forcefully shifted out of the protest location.

Sharmila, on a fast-to-death demonstration from Friday, did not even consume water, resulting in her health deteriorating rapidly. The doctors monitoring the YSR Telangana party chief's health stated that Sharmila's blood pressure and glucose levels have fallen to alarming levels, and expressed concern over dehydration which could lead to electrolyte imbalance, potent enough to pose a danger to her kidneys.

Earlier, before her arrest, she claimed her party leaders were attacked and abused by the police. "Family members who are coming to see me are not allowed to come. Is this a democratic state? Dictatorship?" Sharmila tweeted. Notably, Sharmila had claimed that despite receiving permission from the High court, the TRS government was not allowing her padayatra.

On December 9, the Telangana police denied permission to Sharmila for her padayatra following which she staged a demonstration near Dr BR Ambedkar's statue in Hyderabad along with other party members and announced a fast-to-death if the padayatra is not allowed.