'There Should Be No Discrimination': Assam Congress On Cattle Preservation Bill 2021 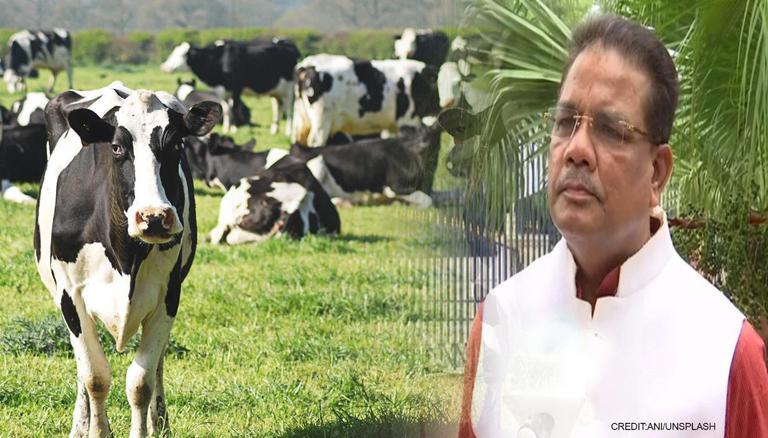 
Following Assam Chief Minister Himanta Biswa Sarma's introduction of the Assam Cattle Preservation Bill, 2021 in the state legislature on Monday, which seeks to outlaw the sale of beef and beef products in places where non-beef-eating populations such as Hindus, Sikhs, and Jains are concentrated, Congress demanded that there should not be any discrimination.

Assam Cong Chief Ripun Bora on Assam Cattle Preservation Bill 2021 said, "So far as Congress is concerned, we aren't opposing the Bill but we are demanding there should not be discrimination. Within 5 km of temples, beef selling is prohibited. It should be applicable for all religions."

So far as Congress is concerned, we aren't opposing the Bill but we are demanding there should not be discrimination. Within 5 km of temples, beef selling is prohibited. It should be applicable for all religions: Assam Cong Chief Ripun Bora on Assam Cattle Preservation Bill 2021 pic.twitter.com/v3uJ02edSm

The sale of beef products would be prohibited within a 5-kilometre radius of any temple or Satra (Vaishnav monasteries), according to the bill's proposed revisions. Furthermore, only those locations permitted by competent authorities would be allowed to sell and buy beef under rigorous rules. The proposed limitations on the sale of beef are intended to reduce illicit cross-border cattle smuggling, which has been a major source of concern in border states like Assam and West Bengal.

Himanta Biswa Sarma, who introduced the bill in the assembly, compared it to the Assam Cattle Preservation Act, 1950, which has been in effect in the state, claiming that the latter lacked sufficient legislative measures to regulate the slaughter, consumption, and transportation of cattle. The Assam Cattle Preservation Act, 1950, for example, allows the slaughter of cattle over 14 years of age or those that have become permanently handicapped due to age or medical ailment when veterinary officials issue a certificate.

READ | 'Karnataka must introduce a new population policy on the lines of Assam & UP': CT Ravi

The new rule, on the other hand, will prevent a person from slaughtering a cow unless he has a certificate stating that the bovine (not a cow) is above 14 years old. A cow, on the other hand, can only be butchered if it is rendered permanently unconscious. Cattle shall be slaughtered by slaughterhouses that have been properly licenced or recognised. The old law would be repealed if the new bill is passed.

Violators and those involved in the unlawful smuggling of bovine  (bulls, bullocks, cows, heifer, calves, male and female buffaloes, and buffalo calves) have also been subjected to harsh penalties.  If a person is convicted under the law, he might face up to three years in prison and a fine of Rs 3-5 lakh, or both. Repeat offenders would suffer the same penalty, but it would be doubled.