The Tihar jail DG has now been transferred for his alleged involvement in an case after Delhi L-G took stock of conman Sukesh Chandrashekhar's letter. 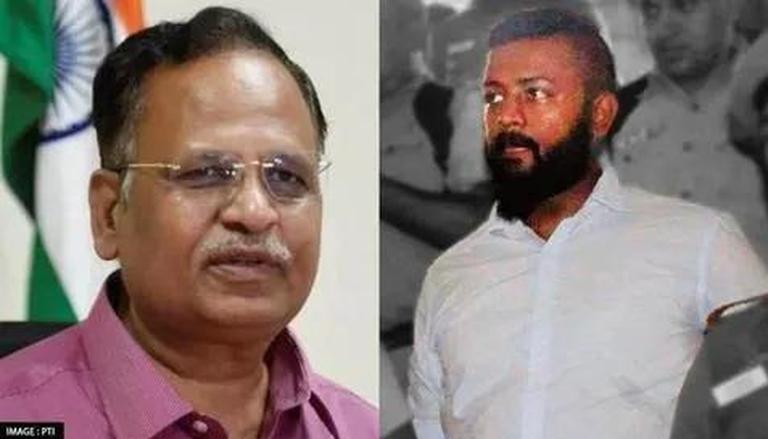 
The Director General (DG) of Prisons Sandeep Goel has now been transferred from Tihar Jail days after incarcerated conman Sukesh Chandrasekhar levelled sensational allegations of extortion for protection in the jail.

The transfer decision of Tihar DG came to the fore on the instructions of Delhi Lieutenant Governor Vinai Kumar Saxena following an internal inquiry. Notably, the Delhi L-G had sought a detailed report from the Chief Secretary in connection with the conman's letter on November 1.

On October 7, conman Sukesh wrote a letter to the Delhi L-G where he mentioned that Jain extorted Rs 10 crore from him in 2019 in the name of 'protection money' to ensure safety in the prison. He informed that he also contributed more than Rs 50 crore to AAP until now in exchange for getting a prominent post in the party and getting nominated to the Rajya Sabha.

In his letter to the Delhi L-G, the conman mentioned that he was being threatened by Satyendar Jain through DG Prison Sandeep Goel to withdraw his complaint filed in the High court regarding the same. As the Tihar DG was a loyal associate of Jain, he had to pay Goel Rs 12.50 crore. He further stated that an extortion racket is also being run by DG Prison and Jail administration at the direction of the Delhi government.

Meanwhile, in an exclusive conversation with Republic TV, Sukesh's lawyer AK Singh claimed that his client is being "tortured" by jail officers for making the revelations. "On August 31, 2022, my client was assaulted...My client is being threatened for two things. One to withdraw writ petitions filed before the high court and CBI, and the second to retract the statements given to ED."

#BREAKING | Tihar jail DG has been transferred. The development came in the wake of conman Sukesh Chandrasekhar naming the DG in the letter to Delhi L-G. Tune in #LIVE: https://t.co/GAtGCw2GdU pic.twitter.com/jkYiSxwAl0

Conman's letter to the L-G

In his two-page letter, Sukesh Chandrashekar claimed that he knew Jain since 2015 and alleged being threatened by him through DG Prison Sandeep Goel to withdraw his complaint filed in the High court regarding the same. He also mentioned an extortion racket being run by DG Prison and Jail administration on the directions of the Delhi government.

"I have been lodged in Delhi jail since 2017 for the two-leaf symbol corruption case. I have known, Mr. Satyendar Jain of AAP since 2015, and have contributed more than 50 crores to AAP in the promise of giving me an important post in the party in South Zone, and also helping me to be nominated to the Rajya Sabha following the expansion".

"After my arrest in 2017, Satyender Jain visited me multiple times asking if I have disclosed anything related to my contribution to AAP. In 2019, Jain visited me again with his secretary and close friend Sushil in jail and asked me to pay Rs 2 crore per month to him as protection money to live safely in jail and to get even basic facilities provided. Also, he asked me to pay Rs.1.50 crore to DG Prison Sandeep Goel who he said was a close associate of his. He forced me to pay and a total amount of 10 crore in a matter of 2 or 3 months was extorted from me through constant pressure," conman Sukesh's later stated.