Mukul Sangma who had jumped ship from Congress to join Mamata Banerjee's TMC has stated that the latter's 'flags will flutter' across Meghalaya in next 45 days. 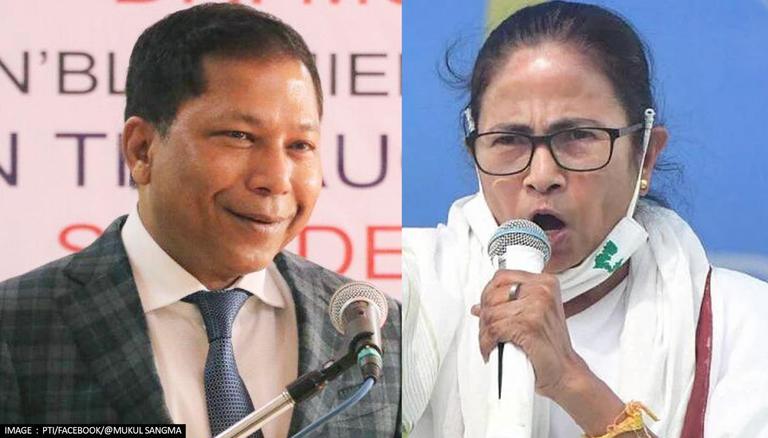 
Former Meghalaya chief minister Mukul Sangma who had jumped ship from Congress to join Mamata Banerjee's Trinamool Congress (TMC) has stated that the latter's 'flags will flutter' across the northeastern state in the next 45 days. Sangma had joined the TMC with 11 other Congress MLAs. Sangma also echoed the statements of TMC leaders and said that the entire Northeast seeks a 'true alternative' to the Congress that can counter the BJP. He remarked that the northeast wants an alternative that can also promote the interests of the people of the region.

"All India Trinamool Congress (AITC) chairperson (Mamata Banerjee) is the force they should gravitate to," said Mukul Sangma.

The two-time Meghalaya CM was addressing a press conference at the TMC headquarters in Kolkata and stated that the decision of Congress MLAs to join the TMC was not made overnight. He revealed that they had deliberated for long how to protect the interests of the people of the state which was 'not possible under the central Congress leadership.'

"Our decision will set the trend in Meghalaya, the Northeast and the entire country. From her (Mamata Banerjee's) conviction and words, it is clear that she is the sole gravitating force. It was a difficult decision, but it was the need of the hour. We want to do real work, and contribute to nation-building which is only possible under the leadership of the AITC chairperson in the present situation," he said.

He has now assured that TMC's flags will flutter in Meghalaya in the next 45 days. In addition, he has also claimed that the people of Meghalaya have already supported the 12 legislators who deserted the grand old party. The MLAs attended TMC's working committee meeting chaired by Banerjee to discuss the roadmap for the 2024 Lok Sabha elections.