WB BJP chief Sukanta Majumdar said the decision regarding Partha Chatterjee, arrested by ED, was supposed to be taken at a TMC party meeting on July 28, 5 pm 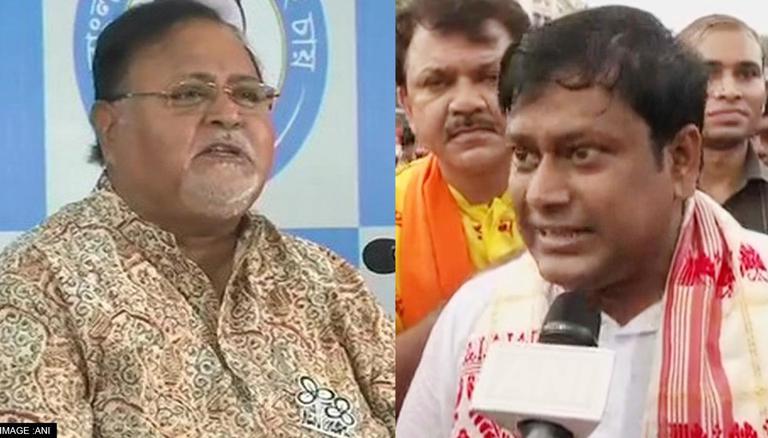 
West Bengal BJP Chief Sukanta Majumdar said the decision regarding sacking Partha Chatterjee, arrested by ED, was supposed to be taken at a TMC party meeting at 5 pm on July 28 however due to the public anger witnessed during the BJP rally, he was shown the door even before the meeting could take place.

Majumdar also claimed TMC leader Abhishek Banerjee wanted to take credit for sacking him, however public anguish weighed-in on TMC. Notably, WB Industry minister Partha Chatterjee and his associate and actress Arpita Mukherjee were arrested in the SSC recruitment scam on July 23, Saturday, following which Partha Chatterjee has been relieved of his ministries and also his posts within the party, while his primary membership has been suspended.

BJP workers conducted a massive rally and protested on the streets of Kolkata against the Bengal SSC recruitment scam on July 28, Thursday, in which cash worth crores was recovered from a close aide of West Bengal's Industry minister Partha Chatterjee.

Significantly, over Rs 40 crore worth of cash has been seized by the central investigative agency ED during raids conducted in the past few days. Both the minister and his associate, Mukherjee, have been arrested by the Enforcement Directorate (ED) in the SSC recruitment scam case.