TMC general secretary Kunal Ghosh on Saturday alleged that the Centre was mismanaging the tax-share of states to compensate deficit of BJP-led states. 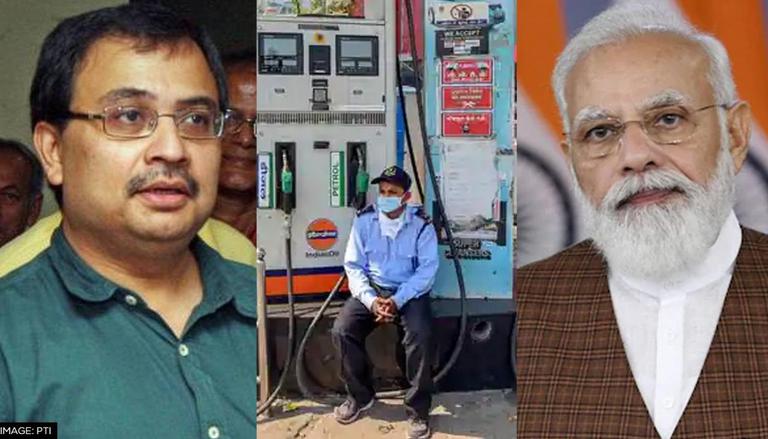 
Trinamool Congress (TMC) general secretary Kunal Ghosh on Saturday accused the Bharatiya Janata Party (BJP) of indulging in “cheap politics” regarding fuel prices. Ghosh’s comment came after opposition-ruled states drew criticism from BJP leaders for not reducing excise on fuel prices. The TMC leader said that the Centre should reduce base prices and restructure taxation to bring the prices further down.

Ghosh alleged that the Centre was mismanaging the tax-share of states to profit BJP-led states. “Centre takes more tax-share than the state can afford to compensate the deficit of BJP-ruled states,” Ghosh said while speaking to ANI. “BJP is doing cheap politics. They should reduce base prices and restructure taxation,” he added. The TMC leader further alleged that the non-BJP states don’t even get their original dues from the Centre.

Ghosh’s remarks came after the PM Modi-led government announced a reduction of central excise duty on fuel prices on the eve of Diwali. The Centre announced a reduction of Rs 5 and Rs 10 on petrol and diesel respectively. As per the Ministry of Petroleum and Natural Gas, 23 states/UTs followed the Centre and reduced the VAT on Petrol and Diesel at their own rates. However, TMC-led West Bengal was among the 13 States/UTs which chose against any reduction in VAT over fuel. Maharashtra, Delhi, Tamil Nadu, Telangana, Andhra Pradesh, Kerala, Meghalaya, Andaman and Nicobar, Jharkhand, Odisha, Chattisgarh, Punjab, and Rajasthan are the others.

Petrol and diesel prices slashed by Rs 5 and Rs 10

In what comes across as a slight relief to the citizens, the government decided to slash the prices of petrol and diesel by Rs 5 and Rs 10 respectively from Thursday, November 4. "On the eve of Diwali, Government of India announces excise duty reduction on petrol and diesel. Excise duty on Petrol and Diesel to be reduced by Rs 5 and Rs 10 respectively from tomorrow", the government's statement said. As per government sources, the reduction in excise duty on diesel being double that of petrol is meant to be a boost to the farmers during the upcoming Rabi season. All states have also been urged to reduce VAT on petrol and diesel to give relief to consumers.