Jumping into the Lakshadweep issue, TMC MP Mahua Moitra on Friday, questioned how the BJP administrator has imposed a two-child rule for Panchayat members 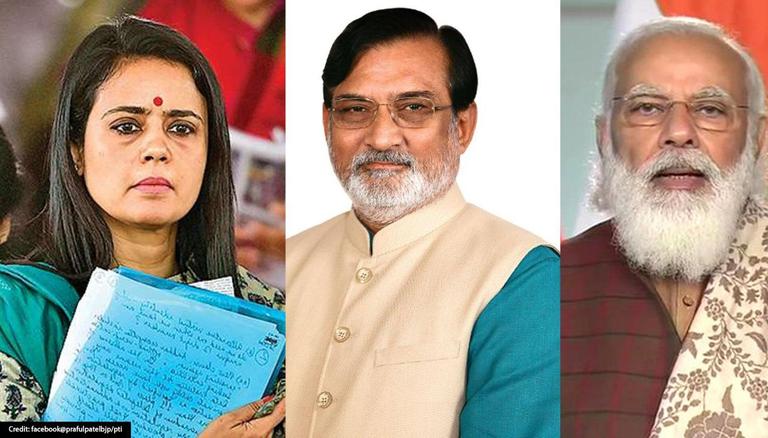 
Jumping into the Lakshadweep issue, TMC MP Mahua Moitra on Friday, questioned how the BJP administrator has imposed a two-child rule for Panchayat members when several Union ministers had three children. Moitra is referring to Lakshadweep administrator Praful Khoda Patel's rule of disqualifying Panchayat members with more than two children from elections. Several Opposition members had raised issues against Patel's 'sweeping unilateral changes' in the UT altering the lives of the people there.

On Tuesday, BJP's Lakshadweep unit president Mohammad Kasim backed the local protests in the island against the new regulations, saying the party will work towards removing them. Addressing a press conference on Tuesday, Kasim said that the concerns against the new rules were genuine and that he had written to both PM Modi and Home Minister Amit Shah regarding it. Reports state that several miffed BJP leaders have also resigned in process in protest against the administration's unilateral decisions and Centre's indifference to it.  On the other hand, Kerala BJP chief K Surendran has backed the administration slamming attempts to 'create a communal rift in society'.

Congress general secretary KC Venugopal has written to President Ram Nath Kovind seeking Patel's removal claiming that Patel had imposed a series of "authoritarian measures" since his appointment on December 2, 2020. Meanwhile, CPI(M) has held Patel responsible for the current surge in COVID-19 cases. The Union Territory, which did not report any novel coronavirus case during the first wave, scrapped its rule of mandatory quarantine for travellers and allowed them to enter by showing negative RT-PCR negative test reports - leading to having a 60% positivity rate. The Opposition has claimed that Patel was trying to “saffronise the island” where almost 95% population is Muslim, with senior MPs like Sharad Pawar and Rahul Gandhi seeking revocation of the changes.

What are Patel's 'objectionable' decisions?