TMC has lodged a complaint before the Election Commission against CRPF jawans, who have been deployed in the state, and accused them of beating up booth agents

Amid the second phase of the West Bengal Assembly polls, the Trinamool Congress (TMC) on Thursday has lodged a complaint before the Election Commission against CRPF jawans who have been deployed in the state for the conduct of polls. The ruling party has accused the jawans of not allowing the polling agents and beating them up.

Some of TMC's accusations against the CRPF jawans 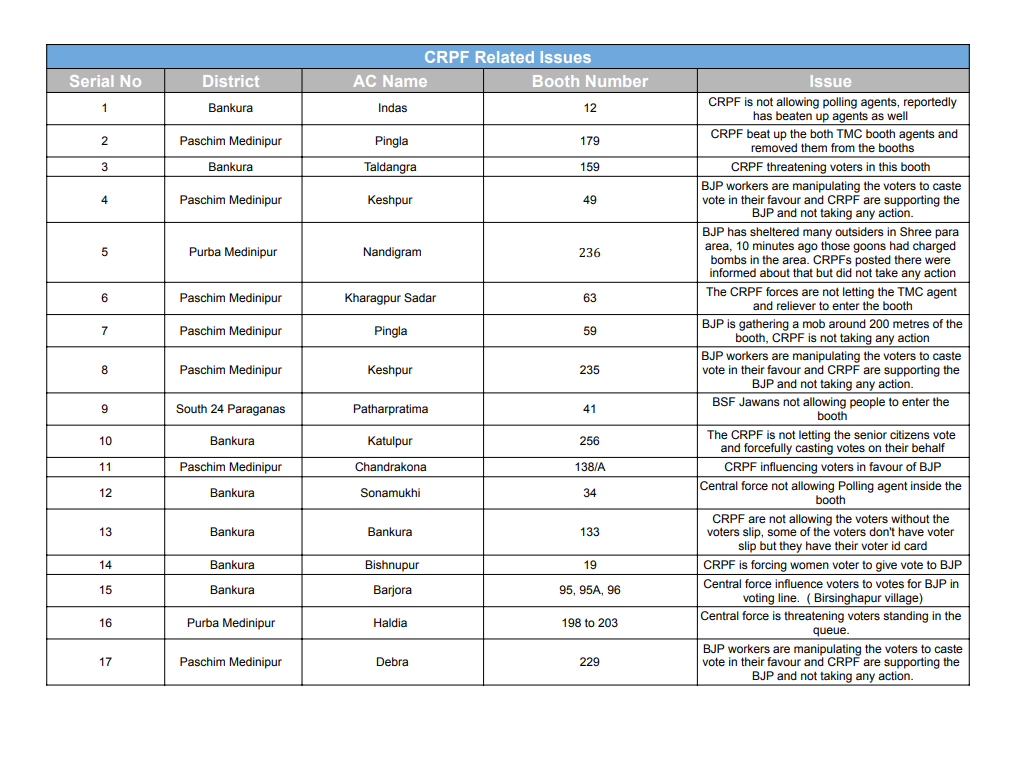 Reacting to the complaint, TMC MP Saugata Roy said, "CRPF's overreaction and inaction have come to light. I myself saw this happening in Barackpur. Even today since morning, we have received complaints from Nandigram. Now people will start protesting if the CRPF gets overactive. They are beating the agents everywhere."

In Phase-2 of West Bengal elections, 30 seats spread across East Medinipur (9 seats), West Medinipur (9 seats), Bankura (8 seats) and South Parganas (4 seats) will see 191 candidates in the poll fray including 19 women. 75 lakh voters will cast their votes in 10,620 booths where 651 companies of Central forces have been deployed for security. Voting began at 7 AM and will continue till 6 PM.