'I wish to continue...' TMC MP Arpita Ghosh Resigns From RS, Wants To Work For Party In West Bengal

TMC MP Arpita Ghosh was recently promoted to Rajya Sabha. She resigned from office a few days after Sushmita Dev was nominated to the Upper House of Parliament 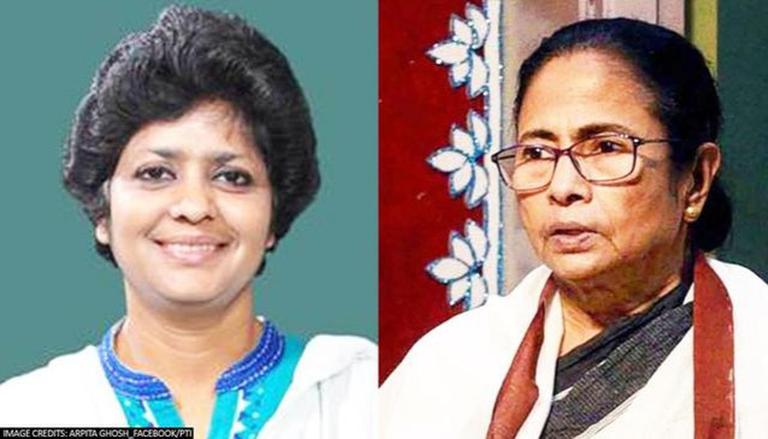 
All India Trinamool Congress (TMC) MP Arpita Ghosh resigned from the Rajya Sabha on September 14, a year after being elected to the office. As per a notification by the Rajya Sabha bulletin, her resignation was accepted by Chairperson of the House, Venkaiah Naidu.

In a letter to TMC national general secretary Abhishek Banerjee, Ghosh wrote that she wants to work for the party directly in the state of West Bengal. Ghosh was also one of the six MPs who were suspended by Chairman Venkaiah Naidu for allegedly creating a ruckus in the Rajya Sabha during the recently concluded monsoon session of Parliament.

Arpita Ghosh expected to work for TMC in North Bengal

The TMC leader from Balurghat in West Bengal's South Dinajpur district said that her decision to resign comes from her desire to work for the party under Chief Minister Mamata Banerjee.

It should be mentioned here that Ghosh's resignation comes days before the Bhawanipore by-elections where West Bengal Chief Minister Mamata Banerjee will compete in an attempt to retain her office. Despite winning a majority in the Assembly polls earlier this year, Banerjee had lost the Nandigram seat to former aide Suvendu Adhikari who defected to the BJP.

"After our huge victory in the 2021 elections, I've been giving some serious thought about how I should continue to play a role in our party. I would be more interested if I could be given a role to work for the party and in the state of West Bengal, even without being a member of Parliament," Ghosh wrote in letter to TMC MP Abhishek Banerjee.

It is also pertinent to note that Arpita Ghosh resigned from the position barely a few days after Sushmita Dev was nominated in the Rajya Sabha. Dev who switched over to TMC from Congress was elevated few days after she joined the party. According to a senior TMC leader, the party is expected to give Ghosh a role in the organisation, especially in North Bengal.

'I wish to serve the people of Bengal': Arpita Ghosh

Maintaining that she wants to work in West Bengal directly under Chief Minister Mamata Banerjee, Ghosh said her goals are clear.

"My goal is clear: I wish to continue to serve the people of Bengal under the leadership of Chief Minister Mamata Banerjee. I feel I would be in a better position to achieve my goals by resigning as a member of Rajya Sabha and directly and come and work directly in Bengal," she said in her letter.

After losing from Balurghat in the 2019 Lok Sabha poll to BJP's Sukanta Majumdar, Ghosh was elected to Rajya Sabha as a TMC candidate in March 2020. Earlier, in 2014 she had won from the same seat. Ghosh, a theatre artist, had her first brush with politics when she became a prominent face of the TMC's intellectual brigade during the Nandigram and Singur movement during 2006-2008. Before Rajya Sabha, Ghosh was appointed TMC's district president for South Dinajpur.