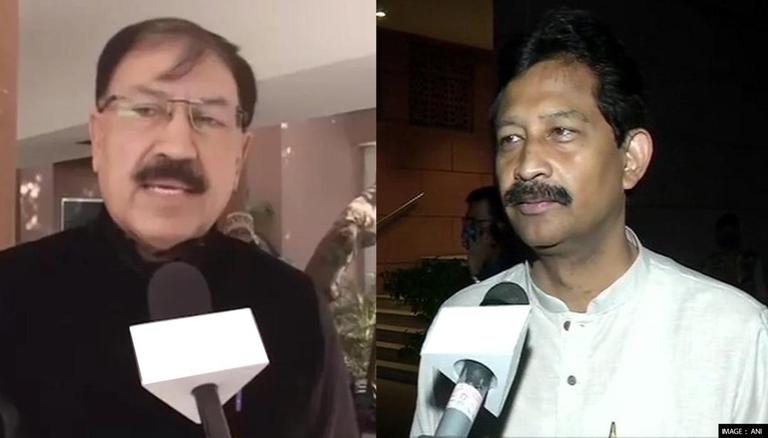 
Trinamool Congress MP Prasun Banerjee has opposed party leader and former minister Rajib Banerjee's participation in political programmes in the coming days. The TMC MP without naming Rajib Banerjee described the latter as a 'traitor' and has strongly opposed his participation in the Howrah Lok Sabha constituency. On Sunday, the footballer-turned-politician hit out at Rajib Banerjee for ditching the Mamata Banerjee-led party in the assembly polls that were held earlier this year.

"No place for traitors who ditched us during the (assembly) polls. Even if he is allowed to be back in the party, I won't like him to take part in programmes in Howrah constituency," Banerjee said at a programme.

However, Rajib Banerjee refused to respond to the TMC MP's comments. Meanwhile, TMC spokesperson Kunal Ghosh stated that Prasun Banerjee made the remarks 'emotionally' as he is a loyal party worker. He expressed confidence that the Howrah MP will understand the TMC's stand on the issue.

"Prasun Banerjee made the comments emotionally. He is a loyal party worker. We know he will understand and appreciate the party's stand on the issue."

Apart from Prasun Banerjee, TMC MP from Srirampore, Kalyan Banerjee too had took a stand against inducting Rajib Bandyopadhyay back into the party fold. Rajib Banerjee returned to the TMC recently after he had joined the BJP along with several other party leaders ahead of the West Bengal assembly polls held earlier this year.

On October 31, the former West Bengal minister returned to the TMC fold in Agartala. Rajib Banerjee was welcomed by TMC leaders Abhishek Banerjee and Sushmita Dev and he also raised slogans 'Mamata Banerjee zindabad!' and 'Trinamool Zindabad!'. Moreover, he had also termed Trinamool Congress supremo Mamata Banerjee as 'Mother India'. He had expressed that he was ashamed and apologised for joining the saffron party ahead of the high octane West Bengal polls.

"Mamata Banerjee is Mother India. I made a mistake, I admit it. I decided out of anger. I am ashamed, I am sorry," said Banerjee

Rajib Banerjee lost to TMC's Kalyan Ghosh from Domjur in the Bengal Assembly polls with a margin of over 42,000 votes. Apart from him, BJP's Tripura MLA Ashish Das had also joined TMC. With Banerjee's exit, 5 BJP MLAs and 1 MP joined the TMC post-May.