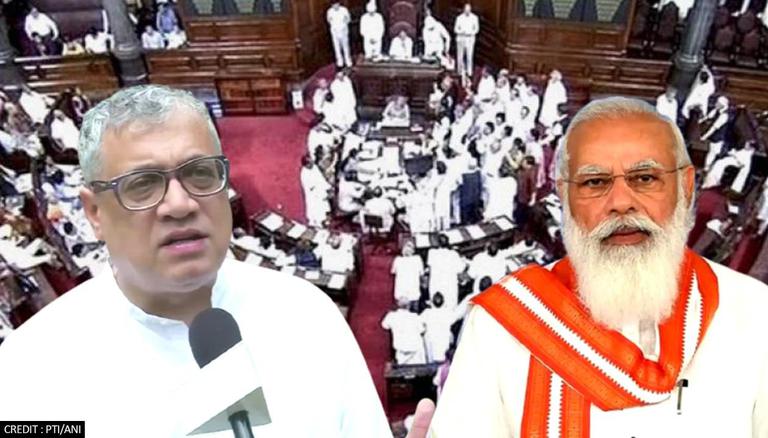 
Trinamool Congress MP Derek O’Brien on Sunday attacked the ruling BJP for its unfulfilled 2014 poll promise of passing the Women reservation bill in the parliament. Highlighting that even after 25 years of the introduction, the bill has not been passed in the parliament yet, the TMC leader expressed his disappointment in a tweet.

Derek O’Brien criticised the Modi-Shah government for not acting on their poll promise to pass the legislation meant to provide 33% reservation to women in politics. In the tweet, Rajya Sabha MP posted a video of his recent Rajya Sabha speech asserting the importance of the bill.

Brien, in his tweet, wrote, “Today makes it 25 years since the WOMEN'S RESERVATION BILL was introduced in #Parliament. 25 years. No Bill passed. MO-SHA''s BJP even promised it in their 2014 Manifesto. FAIL."

MO-SHA’s BJP even promised it in their 2014 Manifesto. FAIL.

The revolutionary bill was aimed at providing women with a platform to represent themselves in Indian politics, by ensuring reserved participation. The bill seeks 33% reservation for women in Parliament and state assemblies. TMC National spokesperson in his speech had pointed out that, at the time when there is an average 25% participation of women in politics globally. In India, the figures are significantly very low, as the national average still stands at 13%.

He also argued that Trinamool Congress, his party, lead by a women chief, is the only party in the country that has close to 40% women participation in both the houses of the Parliament. However, in contrast, the incumbent BJP only has 10-11% participation in the houses. The TMC national spokesman said, close to 40 per cent of his party’s MPs in the parliament are women.

The Women's Reservation Bill, also known as the Constitution (108th Amendment) Bill, was first introduced in the Indian Parliament in 1996. 25 years later today, the bill still awaits attention, despite being rejected several times. The bill proposes to amend the Indian Constitution by reserving 1/3rd of all seats in India's Lower House of Parliament, the Lok Sabha, and all state legislative assemblies for women. The seats were to be reserved in rotation and selected by a random drawing of lots, with each seat reserved only once every three general elections.