The organisational meeting is likely to focus on discussing strategies to counter the 'vendetta politics' by BJP's central leadership, as claimed by the TMC. 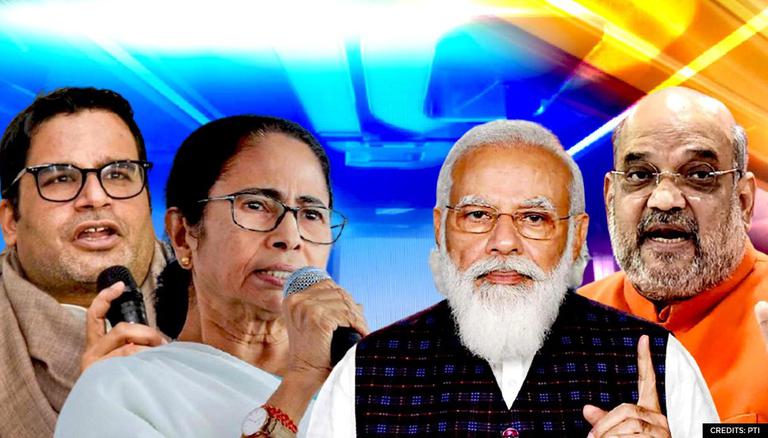 
Amid the continuing discontent between the BJP and TMC, which has strained West Bengal-Centre relations further after the recent Assembly Elections, the Mamata Banerjee-led party is set to hold its first organisational meeting on Saturday i.e. tomorrow. The meeting is likely to focus on discussing strategies to counter the 'vendetta politics' by BJP's central leadership, as claimed by the TMC.

Quoting a senior TMC leader, news agency PTI said that the party will focus on strategising on countering the vindictive attitude of the BJP-led Centre. The TMC leader told PTI that the 'vindictive attitude' is an attempt to 'needle the democratically elected' Mamata Banerjee government.

Senior TMC leaders including Saugata Roy, Shobhandeb Chattopadhyay, Mahua Moitra and youth wing head Abhishek Banerjee are expected to attend the meeting which will be presided by party chief Mamata Banerjee. TMC's campaign advisor Prashant Kishor, who recently announced his exit from the field of political strategy, is also expected to be one of the attendees. A mass campaign to focus public attention towards attempts to destabilise TMCs work is likely to be discussed said PTI sources.

Significantly, the meeting will also discuss TMC's strategy for the upcoming by-polls which the party will be fighting including polls to the Bhabanipur assembly constituency in Kolkata, from where Mamata Banerjee is expected to contest. After losing to Suvendu Adhikari in Nandigram, Mamata Banerjee is expected to return to her home turf in a bid to consolidate her CM post. Shobhandeb Chattopadhyay had resigned right after Mamata Banerjee's defeat in Nandigram to make way for the West Bengal CM.

As per PTI, TMC leaders said the meeting will deliberate on how to politically take on what the party leadership believes to be an attempt to needle it by the central leadership by targeting the states bureaucracy including former chief secretary Alapan Bandyopadhyay, by engineering CBI raids on TMC leaders and continued attempts to flag stray incidents of post-poll violence with a communal narrative.

The TMC organizational meeting comes amid the fresh bout between the Centre and West Bengal government over bureaucrat Alapan Bandyopadhyay. Following the tussle over Mamata Banerjee's 'conduct' at the Cyclone Yaas review meeting, ex-Chief Secretary Alapan Bandyopadhyay was called for Central duties in less than 48 hours which he failed to comply with. The IAS officer who was asked to report for Central duties was held back by Mamata Banerjee in West Bengal who claimed that the Centre had ordered her Chief Secretary's deputation due to BJP's defeat in Assembly Elections, terming it 'political vendetta'.

While Bandyopadhyay was scheduled to retire on May 31 but had got a 3-month extension from the Centre, at the request of Mamata Banerjee, who had cited his experience in handling the COVID-19 pandemic while seeking the extension. However, with the Centre's call to report to New Delhi, the Chief Secretary and the State Government had forgone the extension sought, as a counter to the Centre's deputation move, with the bureaucrat retiring.

The Chief Minister went on to appoint Alapan Bandyopadhyay has been appointed as her Chief Adviser with Home Secretary HK Dwiwedi has been asked to take charge as the Chief Secretary. Alapan Bandyopadhyay has been appointed as the Chief Advisor to the CM for a period of 3 years. Sources on Monday said that the Union Government has issued a chargesheet against the ex-IAS officer for failing to comply with the Central order.