The Trinamool Congress recently declared its plan to enter national politics and challenge the BJP-led NDA government at the Centre. 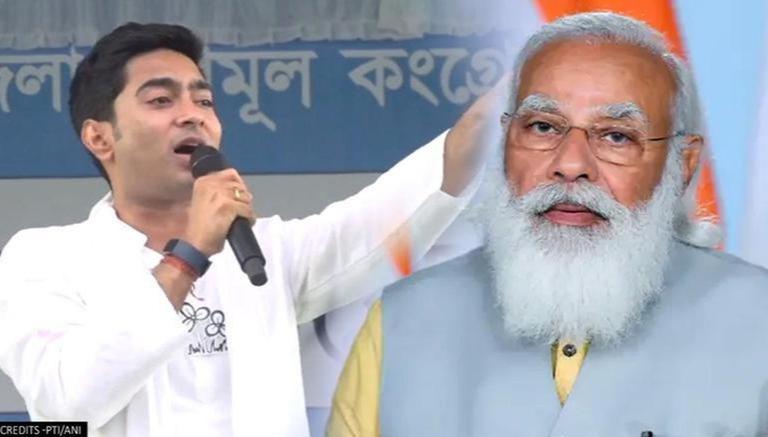 
Hitting out at the Centre, West Bengal Chief Minister Mamata Banerjee's nephew and MP Abhishek Banerjee on Wednesday said that the Trinamool Congress will defeat the 'authoritarian' duo, referring to PM Narendra Modi and Home Minister Amit Shah, sitting in Delhi in the 2024 general polls. The TMC leader added that his party will work for the betterment of society and not be threatened by BJP’s intimidation tactics.

"We will leave no stone unturned to make India better and brighter and defeat the authoritarian duo sitting in Delhi. TMC will fight till the last drop of its blood. I ensure that TMC will work for the betterment of society under the leadership and guidance of Mamata Banerjee," TMC MP said adding that his party will not be "cowed down by BJP’s intimidation tactics."

The Trinamool Congress recently declared its plan to enter national politics and challenge the BJP-led NDA government at the Centre. TMC leader Madan Mitra went on to tout that Mamata Banerjee will form the government in 2024.

Earlier on Tuesday, the TMC chief appealed to Opposition parties to unite for 2024 general polls. Addressing the annual Shaheed Diwas rally, Banerjee vowed that states like West Bengal and Maharashtra are ready to fight against BJP.

"Next week I will go to Delhi. I want to meet the important Opposition leaders Sharad Pawar ji, Chidambaram ji. If a meeting is called I will attend on 27, 28 or 29. Then we can talk about where the country is going. We are the political parties of India, we must come together against this otherwise the citizens won't forgive us," she said.

Banerjee also took her Assembly election slogan 'Khela Hobe' to the national stage and claimed that the saffron party will be removed from all the states.

"Khela will happen in all states until BJP is removed from the country. We'll celebrate 'Khela Diwas' on Aug 16. We'll give footballs to poor children. Today, our freedom is at stake. BJP has endangered our liberty. They don't trust their own ministers & misuse agencies," she said.