This comes as Mamata Banerjee attempts to downplay and distance herself from the Bengal recruitment scam, for which Chatterjee has been arrested by the ED. 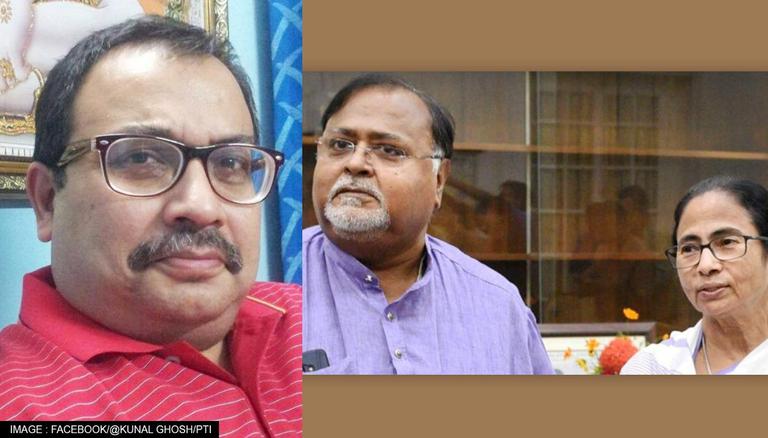 
With the Bengal cash scam exploding with each passing day, top Trinamool Congress (TMC) leader Kunal Ghosh on Thursday sought the immediate expulsion of arrested Minister Partha Chatterjee. Taking to Twitter, the TMC general secretary stated that if his demand was wrong, then he would accept his ouster from the party.

This comes as Mamata Banerjee attempts to downplay and distance herself from the Bengal recruitment scam, where sensational recoveries including over Rs 30 crore in cash have been made. On Monday, Banerjee had broken her silence on the SSC recruitment scam and said that she 'does not support corruption or any wrongdoing'. Yet, no action has been taken against the Minister.

Partha Chatterjee should be removed from ministry and all party posts immediately. He should be expelled.
If this statement considered wrong, party has every right to remove me from all posts. I shall continue as a soldier of @AITCofficial.

Speaking to Republic, BJP's Saumitra Khan said, "If you go to Kalighat you will get at least Rs 1000 crore. This is a scam of thousands of crores. More raids will expose this. Mamata Banerjee is a famous culprit of India."

Speculation is rife that the party is divided over Chatterjee's arrest. As per sources, the old guard in TMC wants him to continue in his party positions and as a minister. However, the younger section of the party is gunning for his removal. Partha Chatterjee has been remanded to Enforcement Directorate (ED) custody till August 3.

Kunal Ghosh's tweet also assumes significance as it comes in the aftermath of his alleged meeting with Union Minister Dharmendra Pradhan last week, which stoked a massive controversy. On July 27, Ghosh issued a clarification that he had 'incidentally' met Pradhan on Saturday (July 23) when he was returning to his home and asserted that the meeting was not political in nature.

"Seeing me, local BJP workers in a coordial manner took me inside," he said. The TMC leader also thanked the Union Minister for 'nice compliments and sweets' and claimed that the party's 'shaky reaction' was a result of their lack of faith in each other.

1/2: Yes, I incidentally met Shree Dharmendra Pradhan on Sat when I was returning to my home. But couldn't think that the small thing will shake BJP. There was no politics at all. That was same building. Seeing me, local BJP workers in a coordial manner took me inside. More..2

2/2: Thanks to Shree Dharmendra Pradhan for nice compliments and sweets. I didn't use my ex MP identity. He told BJP leaders about my speech in Parliament. Now I am enjoying the shaky reactions of BJP. That proves lack of confidence among themselves. Really it's too funny.

On the other hand, the BJP Bengal issued a statement claiming that the TMC leader 'gate-crashed' the meeting. "The BJP wishes to set the record straight that there was no such meeting planned or intended. Mr Ghosh gatecrashed at our karyakartas home in Manicktala Assembly where Shri Dharmendra Pradhan had gone for an organizational meeting followed by dinner," the statement issued by the BJP said. It further added that Ghosh 'exuded familiarity' given that he had been Pradhan's colleague in Rajya Sabha.

The purported exchange can also be seen in the context of actor-turned-politician Mithun Chakraborty's massive claim on Wednesday. Addressing a press conference, Chakraborty claimed that at least 21-38 TMC MLAs are in touch with the BJP.