DMK in a statement claimed that 12 murders have taken place in the past 36 hours (7 murders on Monday and 5 on Tuesday) not 15 which was claimed by the AIADMK. 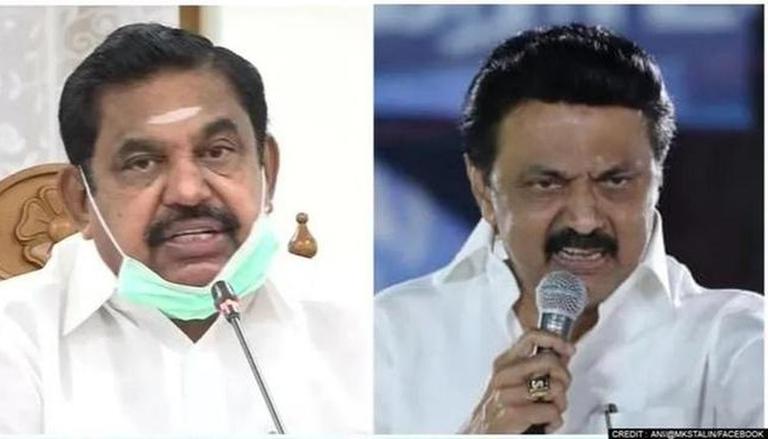 
Tamil Nadu Chief Minister MK Stalin-led DMK government has responded to Leader of the Opposition Edappadi K Palaniswami's allegations about the deteriorating law and order situation in the state.

AIADMK leader K Palaniswami on Wednesday said that Tamil Nadu witnessed 15 murders taking place in various parts of the state and alleged that the police department under CM MK Stalin is ineffective.

No appropriate precautionary steps were taken by police though a few among the murdered persons had lodged complaints specifying threat to their lives, he alleged citing news reports.

"It is shameful that the police department functioning under the direct supervision of Chief Minister MK Stalin is ineffective," Palaniswami alleged while demanding the DMK government to take effective steps to prevent crime and ensure safety and security for people.

In response, DMK, in a statement, stated that 12 murders have taken place in the past 36 hours (seven murders on Monday and five on Tuesday) not 15 as claimed by the AIADMK. The party said that some of the murders were due to family disputes.

The party informed that from January 2022 to July 2022, 940 murder incidents have taken place in the state. During the same period in 2021 and 2019, when the Palaniswami government was in power, the murder count stood at 925 and 1041 respectively.

The Director General of Police (DGP) of Tamil Nadu Sylendra Babu clarified that the crime count this year has reduced by 101 when compared to 2019.

Last month, AIADMK staged a protest against the DMK government over an increase in property taxes and a proposed hike in electricity tariff.

Palaniswami had hit out at the DMK regime for price rise and said that the DMK government is the only one to increase all kinds of taxes, including property and water taxes, and it has also proposed to increase electricity tariff. The main opposition also accused Stalin's party of not fulfilling poll promises.