The MLA had stated to his party cadres during a gathering that the TMC from West Bengal has been working to spread violence and break the BJP-led Tripura govt. 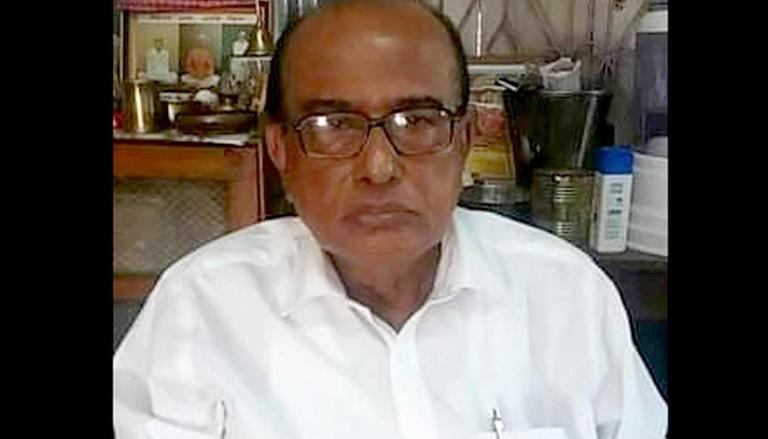 Bhowmik, an MLA of Belonia constituency had made the sharp comment during a felicitation ceremony of newly inducted Union Minister of State for Social Justice and Empowerment, Pratima Bhoumik, on Wednesday, August 18, at Belonia in South Tripura district.

During his speech, MLA Bhowmik had stated to his party cadres that the TMC from West Bengal has been working to spread violence and break the BJP-led Tripura government, which was established by Chief Minister Biplab Kumar Deb after ending the long 25-year-old left regime of the Communist Party of India (Marxist).

"TMC leaders from West Bengal are trying to damage the Biplab Kumar Deb-led BJP government in Tripura by the influence of West Bengal Chief Minister Mamata Banerjee. I appeal to all of you that we need to attack them (TMC leaders) in “Talibani style”. We need to attack them once they land at the airport here. We will protect our government led by Biplab Deb with each drop of blood,” the MLA said during his speech.

The video of his comments took rounds on the internet and was displayed on television channels too, inviting wide criticism.

The CPIM state Secretary Goutam Das said that his comments are tantamount to “direct criminal offence”.  Secretary Das also sought legal action against the BJP MLA and Deputy Speaker in the state assembly Biswabandhu Sen, who too had stirred a controversy last week by urging party activists to “break the bones” of employees.

Hitting out publicly at CPI-M followers in a gathering of the BJP's Yuva Morcha, Sen had said,

“I am speaking for some employees who sit in stores, on the roads and say they didn’t receive anything. The bones of such mischievous employees should be broken. There are mischievous, CPIM-backed employees sitting in DM, SDM offices and PWD offices."

"One of them is talking about breaking bones, the other is talking about Talibani style attacks. Criminal laws should be implemented on them. How can they be inducted in the post of MLA?” Secretary Das asked.

Leaders of the Communist party also stated that they would knock on the doors of the High Court soon considering a series of political attacks on its leaders. Meanwhile, MLA and senior leader of the CMI-M Badal Chowdhury said that attacks on media persons started when the present Chief Minister took charge of the state in 2020.

"The CM had publicly threatened media persons writing against his government and till now more than 28 journalists have suffered injuries," Chowdhury said.

Bhowmik, a former TMC Chairman who had fought several elections with the party, had joined hands with the BJP in 2018, managing a ticket and winning the Belonia seat, which had been considered as one of the strongholds of the Communist party for nearly more than two decades.

On the other hand, defending his statement, Bhowmik said that he had used the word 'Talibani' to make people understand the structure of the Trinamul Congress and that his intention was to simply describe a strategy to counter TMC and to prevent its attempts to create ruckus in the state.