At least 11 Shiv Sena MLAs, led by Maharashtra Minister Eknath Shinde are currently at a hotel in Surat. Moreover, the Minister is said to be in touch with BJP 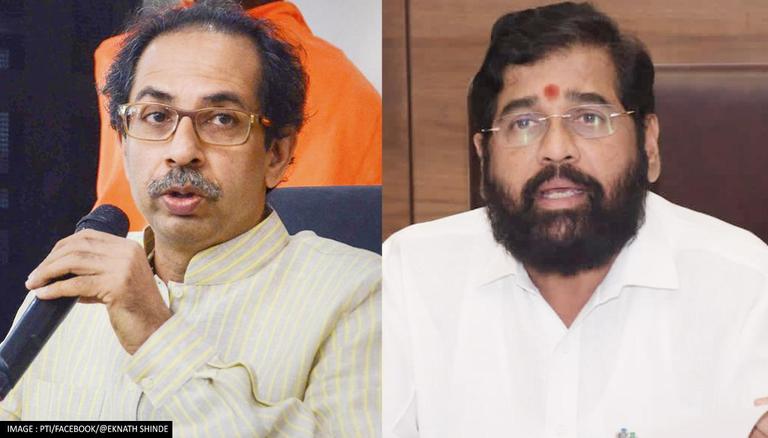 
After facing another setback in the Maharashtra Legislative Council elections on Monday, agitated Maharashtra Chief Minister Uddhav Thackeray called for an emergency meeting of Shiv Sena MLAs at his residence in Mumbai.

However, sources say that at least 17 Sena MLAs, led by Maharashtra Minister Eknath Shinde are currently in Surat. The legislators reportedly stayed at a hotel in the BJP-ruled state last night and have been unreachable since.

Eknath Shinde, Minister of Urban Development of Maharashtra, and a close ally of CM Uddhav Thackeray, is said to be in touch with the BJP. Sources say that Shinde is miffed with the Shiv Sena and is expected to address the media this afternoon from Surat.

The explosive development comes less than a day after the saffron party swept the Legislative Council elections in Maharashtra, winning 5 of the 10 seats. Hit by cross-voting, Shiv Sena chief Thackeray called an urgent meeting of MLAs at his 'Varsha' residence. However, the party has been unable to contact at least 11 MLAs, say source.

In another noteworthy development, Independent MLA Ravi Rana has predicted a change of guard in Maharashtra within the next two months. Maintaining that many Shiv Sena and Congress MLAs are in touch with BJP, he also hinted at the opposition moving a no-confidence motion against the Uddhav Thackeray-led government.

In the June 20 MLC polls, BJP managed to get its 5th candidate elected to the Maharashtra Legislative Council despite not having enough numbers. From the Maha Vikas Aghadi partners, the Nationalist Congress Party and the Shiv Sena won two seats each, while Congress could only win one seat.

A total of 11 candidates were in the fray for the 10 seats. The BJP had fielded five candidates — Pravin Darekar, Shrikant Bharatiya, Ram Shinde, Uma Khapre, and Prasad Lad, all of whom won. Sachin Ahir and Aamsha Padvi from Sena, Eknath Khadse, and Ramraje Naik Nimbalkar from the NCP were also among the winners.

In the 288-member Maharashtra House, the Opposition BJP has 106 MLAs, Shiv Sena-55, Congress-44, and NCP-52. Smaller parties and Independents account for 25 MLAs in the House.

In the MLC polls, BJP needed 22 votes from outside the party for its fifth candidate. As per sources, BJP got 26 more votes from outside, 130 votes in total in the first preference, suggesting that the Sena, NCP & Congress MLAs cross-voted, just like in the Rajya Sabha elections.