Union Home Minister Amit Shah is on a visit to Uttar Pradesh on Sunday, August 1, to launch projects. Shah laid the foundation stone for the UPIFS in Lucknow 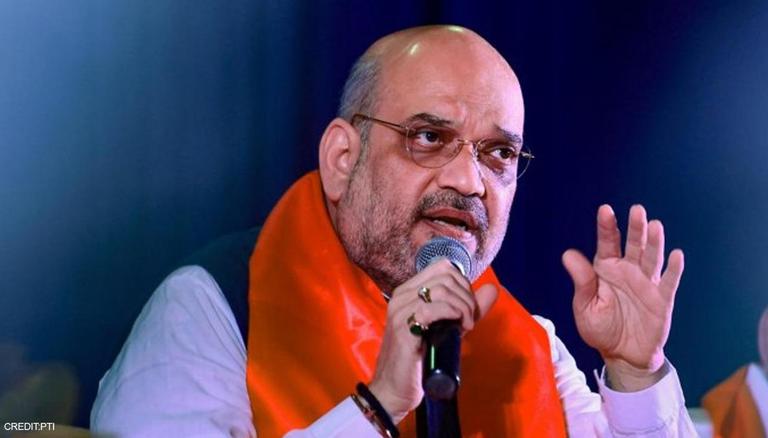 
Union Home Minister Amit Shah is on a visit to Uttar Pradesh on Sunday, August 1, to launch projects. Shah laid the foundations for the Uttar Pradesh Institute of Forensic Sciences (UPIFS) in Lucknow and the Vindhya Corridor in Mirzapur during his visit. According to the official schedule, he arrived at Lucknow airport on Sunday at 11:45 a.m. on a special plane and then proceeded to lay the foundation stone of UPIFS, Pipersand, using the state government's helicopter.

Union Minister Amit Shah is on a visit to UP

He addressed the people at a function following the laying of the institute's foundation stone, to which intellectuals from the capital have been specially invited. Uttar Pradesh Chief Minister Yogi Adityanath was also present at the event. Shah may visit the Sanjay Gandhi Postgraduate Institute of Medical Sciences (SGPGI) to inquire about the health of former Uttar Pradesh chief minister and former Rajasthan governor Kalyan Singh, according to a BJP spokesperson. His current schedule, on the other hand, makes no mention of his travel to SGPGI.

According to the plan, the Union home minister will fly from Pipersand's helipad to Mirzapur's Deori helipad. He will next proceed to the Vindhyavasini temple. Amit Shah's office in a tweet informed that the Union Minister will launch various programs in UP. The tweet read, "1) Laying the foundation stone of Maa Vindhyavasini Corridor project. 2) Foundation stone laying and inauguration of various development works. Date: August 01, 2021. Time: 3 pm."

Following that, his schedule has been set aside till 4:37 p.m. for the laying of the foundation stone for the Maa Vindhyavasini Corridor project and other development initiatives, including the ropeway. At 4:40 p.m., Shah will depart from the helipad at GD Binani College in Mirzapur for Varanasi, and at 5:10 p.m., he will depart from Varanasi airport for Delhi.

On Tuesday, Ratnakar Mishra, a BJP MLA from Mirzapur Nagar, said that Shah would lay the foundation stone for the Vindhya Corridor on August 1 and then address a public meeting on the city's Government Inter College grounds.