Union Minister Amit Shah will be in Jabalpur for eight hours and will be taking part in various programmes including the martyr-day programme. 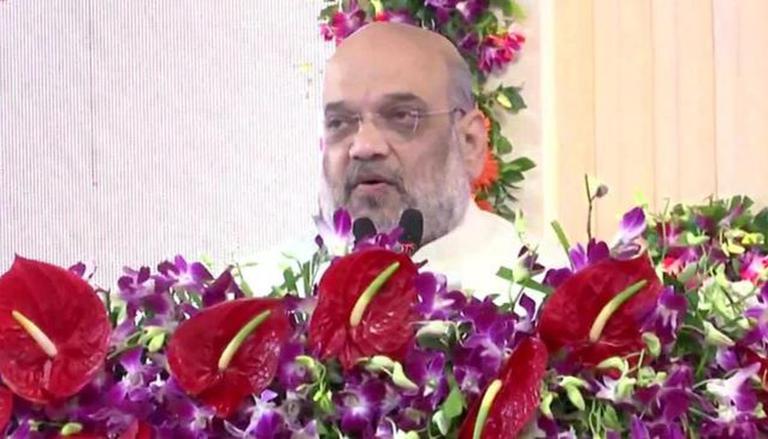 
Union Home Minister Amit Shah is in Jabalpur, Madhya Pradesh for multiple events and he was welcomed by Chief Minister Shivraj Singh Chouhan and other BJP leaders at Jabalpur Airport. During an event organised by the BJP to improve their tribal outreach in the state, Amit Shah said, “We will always be inspired by the sacrifices of Raja Shankar Shah and Raghunath Shah and will be committed to the development of India. We are breathing the air of 75th year of Independence because of their sacrifices.”

He further said, “PM Modi has taken a resolve to celebrate 'Azadi ka Amrit Mahotsav' and reignite memories of these unknown martyrs.” He also blamed the Congress party for not helping people in the matter of welfare. He said,” Congress has always talked about the welfare of the people, but it has not happened. BJP is always committed to people's welfare.” He demanded unity from people and said, “I urge everyone to not let succeed the efforts of those who are trying to separate people and societies. Our benefit is in the unity of all communities for the betterment of the country and themselves.”

Union Minister Amit Shah will be in Jabalpur for eight hours and will be taking part in various programmes including the martyr-day programme. He was at the event to launch the Ujjawala 2.0 scheme and to address an event to honour tribal heroes under the Azadi Ka Amrut Mahotsav. Later during the day, they will interact with BJP workers. The main purpose of Amit Shah's visit to Jabalpur is to expand BJP’s voter base within the tribal community for the upcoming by-polls and the assembly elections in Madhya Pradesh in 2023. BJP had recently assembled a working committee for the Jabalpur district to strengthen its electoral prospects in the tribal-dominated district. BJP won 34 seats in the 2018 assembly polls, which was 25 seats lesser than the party’s tally from the 2013 assembly elections. In tribal-dominated areas, the saffron party won only 16 seats in 2018, which is 18 lesser than the 2013 elections.