Their visit to Gujarat comes ahead of the BJP legislative party meeting slated to be held today. The name of the next CM will be decided in the meeting. 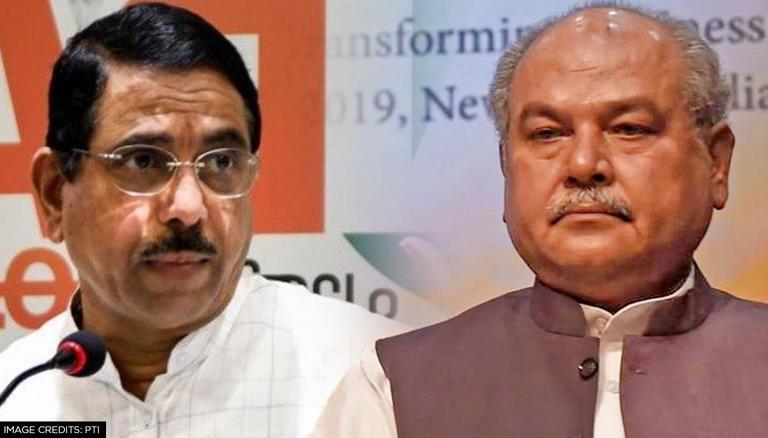 
After the resignation of Gujarat Chief Minister Vijay Rupani, Union Ministers Prahlad Joshi and Narendra Singh Tomar will visit the state as BJP's central observers on Sunday, sources revealed. Their visit to Gujarat comes ahead of the BJP legislative party meeting which is slated to be held today.

The BJP has given strict instructions to all the party MLAs and has asked them to be present in the meeting, which will also have in attendance- BJP state chief CR Patil and outgoing CM Vijay Rupani. The name of the next CM is expected to be decided and declared in the meeting. The new CM is expected to take oath on September 17.

As per sources, apart from deliberating on the new CM, the Bharatiya Janata Party will also be reshuffling the Gujarat cabinet. Five to six Ministers are expected to be dropped. So far, the names of Deputy CM Nitinbhai Patel and Union Health Minister Mansukh Mandaviya have emerged for the post of the Gujarat CM. Both leaders had reached the BJP office in Gandhinagar, minutes after the resignation of Rupani.

Gujarat Chief Minister Vijay Rupani submitted his resignation to the Governor on Saturday.

Chief Minister Vijay Rupani submitted his resignation to the Governor on Saturday and said that he is ready to take new responsibilities in the party. Rupani, who has completed five years in the post, headed to the Raj Bhavan shortly after Prime Minister Narendra Modi inaugurated Sardardham Bhavan in Ahmedabad. Addressing a press conference from the Raj Bhavan, the BJP leader confirmed that he has resigned from the top post. He said, "I express my gratitude to the Prime Minister for the opportunity I got in the development journey of Gujarat."

The development comes ahead of the Assembly elections that are going to be held in the state in December 2022. The leader has outlined that Prime Minister Narendra Modi will be the main face of the BJP for the Gujarat Assembly Elections. "Whatever responsibility I get from the party, I'm ready to fulfill it under the guidance of PM Modi and the party president," he stated.