SP chief Akhilesh Yadav's remarks came after, Yogi Adityanath said he doubts the DNA of those who do not believe that 'Lord Ram is our ancestor'. 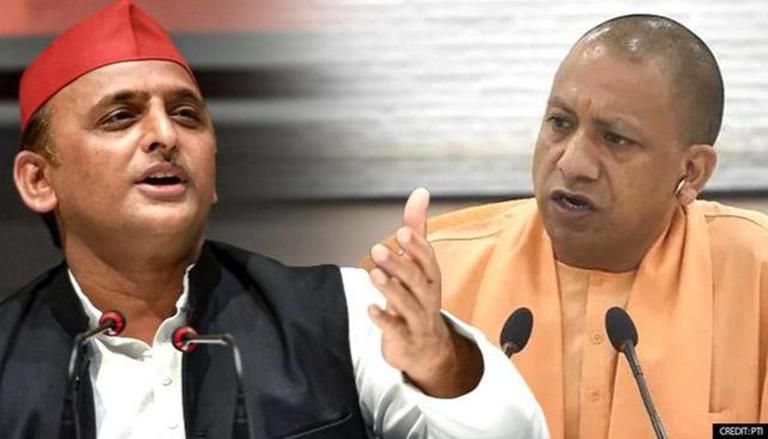 
Taking a swipe at Uttar Pradesh Chief Minister Yogi Adityanath's 'DNA' remarks, Samajwadi Party chief Akhilesh Yadav, on Sunday said that a person who does not know the abbreviation of the word is not authorized to determine anyone's DNA.

Addressing a press conference in Lucknow, Akhilesh said, "He mentioned DNA without knowing what it was. People who have studied Biology, scientists and educated ones would know what it is. He does not even know the full form of DNA. Determining anybody's DNA is not in his hands."

The SP chief's remarks came after, Adityanath said that on Wednesday he doubts the DNA of those who do not believe that 'Lord Ram is our ancestor'. The UP CM had said, "It should be a matter of great pride for us that we have a relationship with Ram and he was our ancestor. If someone doesn't believe it then I doubt their DNA."

Slamming the government for not fulfilling its promise of free laptops and internet to students, Akhilesh Yadav said, "the CM himself does not know to operate laptops, so he did not fulfil the promise."

"The BJP had promised that on coming to power they shall distribute free laptops but why didn't they do so? Because perhaps the Chief Minister does not know how to operate one. He does not even know how to operate smartphones. During the tenure of the Samajwadi Party government, every village received laptops," added the SP chief.

'Will order probe into floating bodies in Ganga'

He further criticised the Yogi Adityanath government for COVID-19 'mismanagement' and alleged that the administration's inability to make arrange medicines, oxygen, beds, and Remdseivir injections claimed many lives in Uttar Pradesh. Akhilesh also slammed the government over reports of floating bodies of COVID-19 patients in the Ganga river. He promised to order an investigation into the matter if the Samajwadi Party is voted to power in the upcoming polls.

READ | If SP ties up with small parties, BJP won't get one seat in eastern UP: Om Prakash Rajbhar

"The river which is pious for us, to which we offer prayers, they did not even spare it. They had promised to clean the Ganga river. And what they did? A huge number of corpses were seen floating in the waters of the river. If anybody is responsible for those floating bodies then only Uttar Pradesh BJP is responsible. If Samajwadi Party comes to power in the state, it will definitely investigate the matter," he said.