Meanwhile, the accused Ashish Mishra failed to appear for the interrogation on Friday as directed by the police, the UP police said. 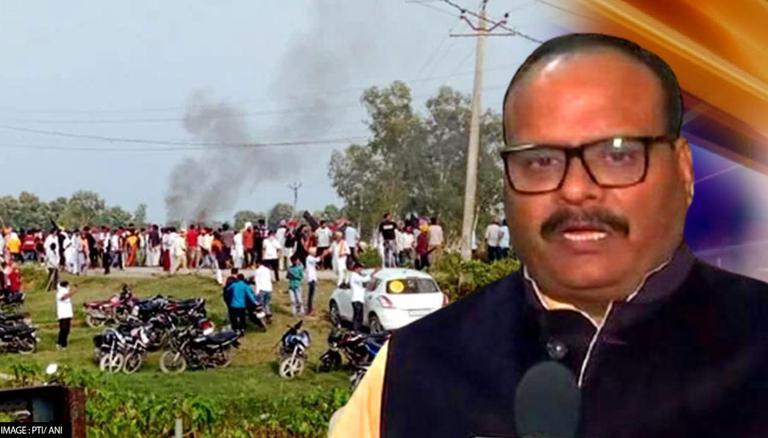 
Uttar Pradesh Minister of Law Brajesh Pathak on Friday made it clear that individuals involved in Lakhimpur Kheri violence will be punished. Pathak, censuring the act, said that the matter is under judicial consideration and called on opposition parties to not politicize the matter.

"The Uttar Pradesh government is conducting an independent investigation and the people involved in the violence will be punished," Pathak said.

The UP Law Minister added, "The violence in Lakhimpur Kheri is condemnable and the opposition parties should not take mileage by conducting 'political tourism'."

"Strictest punishment should be served to the culprit"

When questioned about Ashish Mishra's failure to arrive for the inquiry, Pathak said, "The local police will know about it. But we want to assure everyone that the government is of the view that strictest punishment should be served to the culprit."

On October 3, Sunday, eight people were killed during a protest march in Lakhimpur Kheri following the violence, police confirmed. The protestors had alleged that a jeep being driven by Union Minister Ajay Mishra's son, Ashish Mishra, ran over the farmers.

Meanwhile, the accused, Ashish Mishra failed to appear for the interrogation on Friday as directed by the police, the UP police said.

This is the first time the UP Police has advanced to interrogate Ashish Mishra, the son of Prime Minister Narendra Modi's cabinet colleague and junior Home Minister Ajay Mishra. An FIR was filed against the accused on Monday and the police had posted a notice at the Union Minister's residence, asking his son to appear for questioning on Friday.

Meanwhile, amid speculations of Ashish Mishra 'fleeing UP', his father Union MoS Ajay Mishra on Friday stated that his son will appear before the UP police's SIT on Saturday.

Speaking to Republic, Mishra stated that a letter has been furnished to the police citing 'health issues' for Ashish's absence to appear before the SIT today. Sources state that Ajay Mishra is expected to meet UP CM Yogi Adityanath in Lucknow. Ashish Mishra has been accused of allegedly mowing down 4 farmers with his car in UP's Lakhimpur Kheri - a charge he has refuted.

On Sunday, farmers were protesting against the Farm Laws at Lakhimpur Kheri outside an event venue where Deputy CM Keshav Prasad Maurya was scheduled to arrive. As farmers displayed black flags along the path from the helipad to the venue, Sanyukta Kisan Morcha (SKM) claimed that one of the farmers was shot dead by Ashish Misra - son of Union MoS Ajay Misra Teni and two farmers were killed after his car ran over them and turned turtle.

In retaliation, farmers resorted to pelting stones at the car, which took a turn, killing 4 BJP workers - including Misra's driver. Clashes ensued after the incident resulting in many injuries and section 144 has been imposed throughout the district.