Days after ex-IPS officer Amitabh Thakur decided to contest against Yogi Adityanath in the UP polls, SBSP and the Peace Party put all their weight behind him. 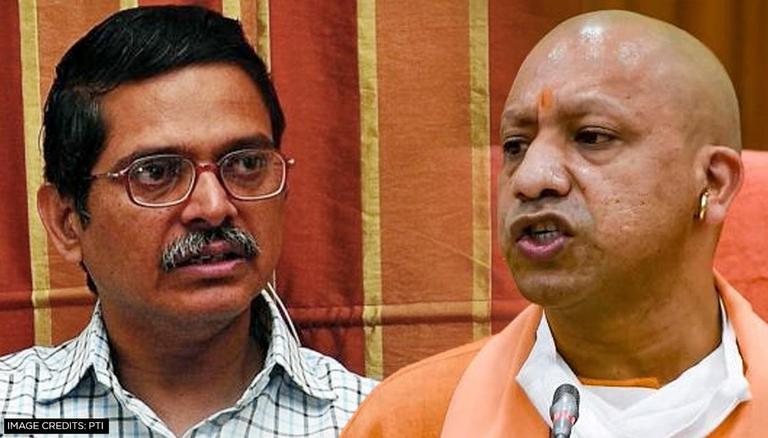 
Days after ex-IPS officer Amitabh Thakur decided to contest against Yogi Adityanath in the upcoming Uttar Pradesh Assembly polls, the Suheldev Bharatiya Samaj Party and the Peace Party announced their support for him. SBSP chief Om Prakash Rajbhar is leading the 10-party 'Bhagidari Sankalp Morcha' which also includes Asaduddin Owaisi's AIMIM, Apna Dal faction of Krishna Patel, Rashtroday Party, Rashtriya Bhagidari Party, Janta Kranti Party among others. On the other hand, the Peace Party is a regional outfit that won 4 seats in the 2012 UP Assembly polls.

SBSP spokesperson Ajay Singh called upon the former IPS officer and his wife Dr. Nutan Thakur and invited them to join his party. Meanwhile, Peace Party head Mohammad Ayub made it clear that his party will offer unconditional support to Amitabh Thakur provided he contests as an Independent candidate. Thanking both these parties, he stressed that it is essential for everyone to join hands in the fight against BJP.

The former IAS officer was suspended on July 13, 2015, after he accused SP supremo Mulayam Singh Yadav of threatening him. In April 2016, the Lucknow Bench of Central Administrative Tribunal ordered his reinstatement. While he was scheduled to complete his service in 2028, he was given compulsory retirement this year by the Ministry of Home Affairs via an order dated March 23.

READ | Mayawati slams BJP for blamegame over UP floods, warns 'will cost party in polls'

BJP reposes faith in UP CM

In the 2017 Uttar Pradesh Assembly election, BJP won a whopping 312 seats in the 403-member House, whereas BSP could win only 19 seats. On the other hand, the SP-Congress alliance failed to bear fruit as it could win in only 54 constituencies. While this was seen as a mandate for PM Modi as BJP had not declared any CM candidate, Gorakhpur MP Yogi Adityanath was a surprise pick for the post.

Though Adityanath's stature within the saffron party skyrocketed over the years becoming a star campaigner in all elections, he purportedly attracted ire for the handling of the COVID-19 situation during the second wave. In the last few weeks, BJP leaders have made conflicting statements over Adityanath's future as the Chief Minister. But, PM Modi put rest to all speculations by lauding UP's governance model during his visit to Varanasi on July 15.

During his interaction with the beneficiaries of the Pradhan Mantri Garib Kalyan Anna Yojana on August 5, the PM praised the CM for his efforts in empowering the people of UP. Pitching the benefits of having a BJP government at the state as well as the Centre, he took a veiled dig at the politics perpetuated by the likes of BSP, SP and Congress. Moreover, he hailed the state's COVID-19 vaccination efforts and asserted that the people had outrightly dismissed rumours spread by opposition parties