UP Polls: VK Singh Taunts Rahul Gandhi Ahead Of His Visit To Erstwhile Constituency Amethi 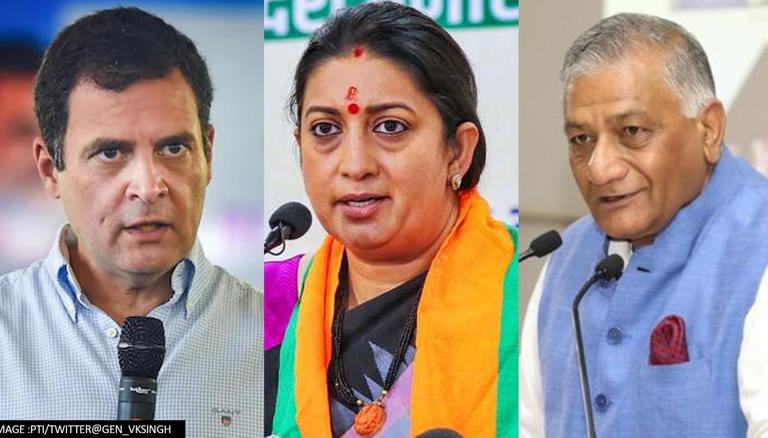 
General VK Singh, Minister of State for Road Transport & Highways and Civil Aviation, on Friday, mocked Congress leader Rahul Gandhi's visit to Amethi, his erstwhile constituency prior to losing to BJP'S Smriti Irani in the 2019 elections. In the Lok Sabha elections in April-May 2019, Irani defeated Rahul Gandhi by almost 55,000 votes on his long-held territory. Amethi had been won by Rahul Gandhi in 2004, 2009, and 2014, as well as by Sonia Gandhi in 1999. The defeat shocked many because Rahul Gandhi had been the Member of Parliament for Amethi since 2004.

Taking to his Twitter account, VK Singh said, “The news is coming that Mr. @RahulGandhi and his sister Mrs.Priyanka are going on Amethi padyatra. Now development is taking place in Amethi. Roads have been built. Now you can also use the car. Submitted for information. #GenerallySaying #MissingInAction”.

With the assembly elections in 2022 nearing in Uttar Pradesh, Rahul Gandhi and Priyanka Gandhi will embark on their campaign starting December 18 in Amethi. They will partake in a padayatra in Amethi on December 18 as part of the Congress' nationwide 'Jan Jagran Abhiyan,' which is the party's effort to raise public awareness about the PM Modi-led NDA government's 'gross mismanagement of the economy'. After losing all of its MLAs and MPs in Amethi and Raebareli, Congress is attempting to reclaim control of the areas. The Congress was unable to obtain any seats in the region's Zila Panchayat elections, therefore it is attempting to make a strong showing in the next legislative assembly elections. Two Congress legislators from Amethi and Raebareli have defected to the governing BJP.

Union minister Smriti Irani slammed Rahul Gandhi last week during a visit to the Amethi constituency, claiming that people who claimed to have familial ties to the Lok Sabha seat never highlighted the subject of its development in Parliament. She further said that Amethi has been dealing with different issues for years, but that the then-MP for the constituency had remained mute about them. The Amethi MP also attended a health mela at a community health centre in Tiloi, where he met patients and inquired about medical services.