Bollywood star Urmila Matondkar who contested from Mumbai for the Lok Sabha elections on a Congress ticket has resigned from the party blaming 'petty politics'.

Bollywood star Urmila Matondkar who contested from Mumbai North for the Lok Sabha elections 2019 on a Congress ticket has resigned from the party blaming 'petty inhouse politics'. In a statement, she said that her complaint to former Mumbai Congress president Milind Deora went unheeded by the party leadership in the city. Urmila Matondkar said that not only was her letter to Deora dated May 16th was leaked, but also her concerns where she had held certain people responsible for her electoral loss due to 'petty in-house politics' were not addressed. She has alleged that the same people she blamed for her Lok Sabha polls defeat have been rewarded by the Congress. 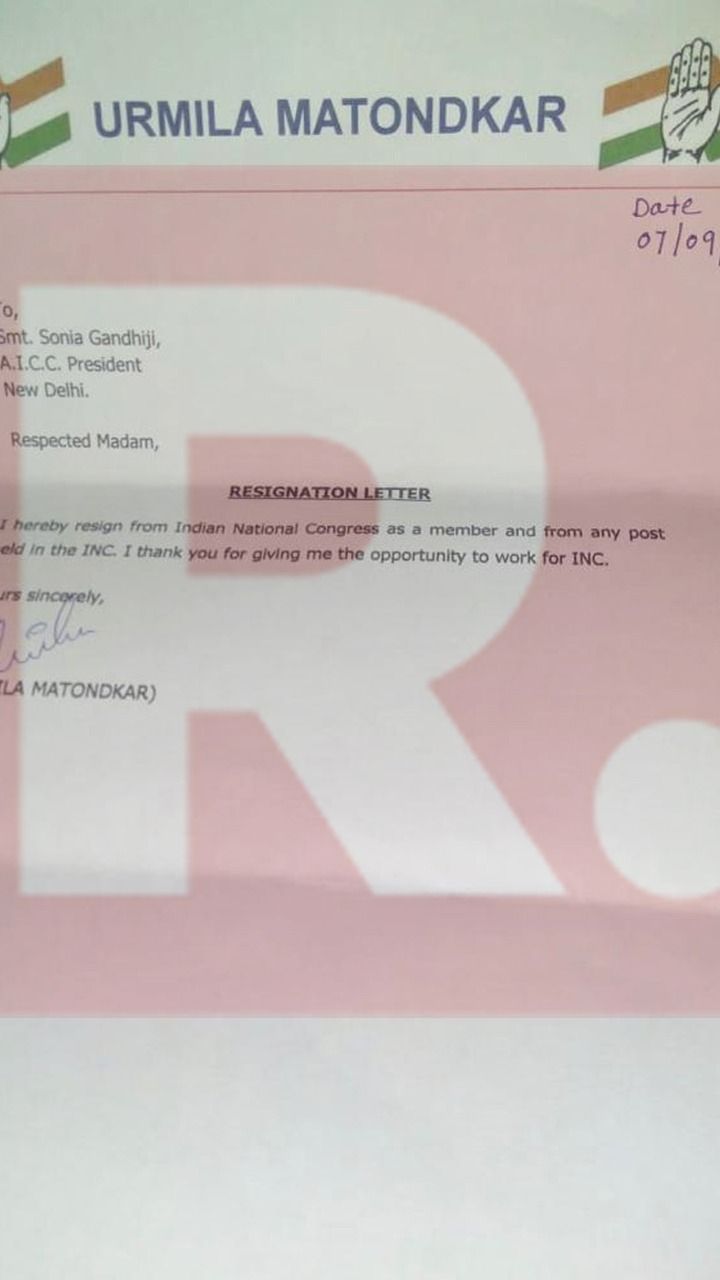 Read the statement by Urmila Matondkar below

"I’ve resigned from the Indian National Congress. First thought of resignation came to me when after my repeated efforts, no action was taken in pursuance of my letter dated 16th May, addressed to then Mumbai Congress President Mr. Milind Deora. Thereafter, to my utter dismay, the said letter containing privileged and confidential communication was conveniently leaked to the media which according to me was an act of blatant betrayal. Needless to say, no one from the party was apologetic or even concerned towards me for the same despite my repeated protests.

"Significantly,  some of the persons specifically named in my letter for the shoddy performance of INC in MUMBAI North were rewarded with newer positions instead of holding them accountable for their acts and omissions. However, it is obvious that the key functionaries of Mumbai Congress are either unable or not committed to bring about a change and transformation in the organisation for betterment of the party. My political and social sensibilities refuse to allow vested interests in the party to use me as a mean to fight petty in-house politics instead of working on a bigger goal in Mumbai Congress.  I stand by all my thoughts and ideologies and will continue to work for people to the best of my capacity with honesty and dignity.

"I thank all the people who helped and supported me through my journey. I also wish to sincerely thank the media."

As per reports, Matondkar had written to the former Mumbai Congress chief even before the seventh and final phase of the Lok Sabha elections had concluded saying that her campaign coordinators and other key party functionaries did not perform their duties for the poll campaigning,  After Mumbai had voted on April 29, the actress in her letter said that Sandesh Kondwilkar, the chief campaign organiser, and party functionary Bhushan Patil failed to carry out their duties. She also said that their failure to hold key meetings and mobilise party workers led to lack of confidence and energy in the cadre. Reports allege that Kondwilkar and Patil are close to Sanjay Nirupam who was replaced as the Congress chief Milind Deora