PM Modi's cavalcade was stranded on a flyover in Bhatinda for 15-20 minutes after protestors blocked the road ahead, which MHA called a major security lapse. 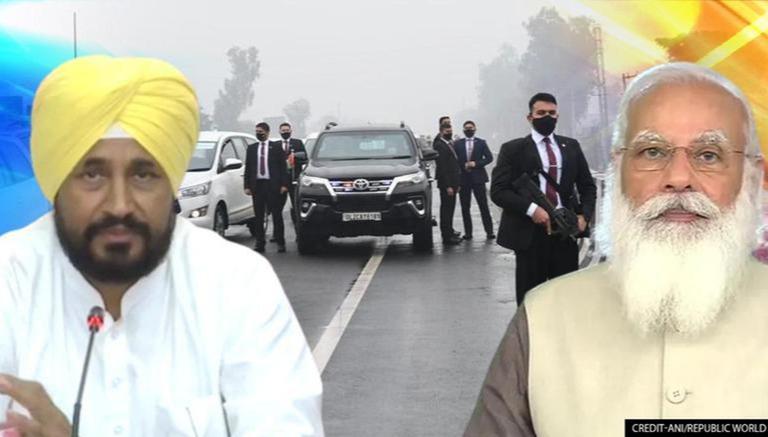 
Punjab Chief Minister Charanjit Singh Channi on Friday taunted Prime Minister Narendra Modi on a macabre topic of death by quoting Sardar Vallabhbhai Patel (though the same quote has also been variously attributed to Jawaharlal Nehru) two days after the security breach. PM Modi's cavalcade was stranded on a flyover in Bhatinda for nearly 15-20 minutes after protesters blocked the road ahead, which the Ministry of Home Affairs (MHA) has called a major security lapse.

Trapped by facts regarding the shocking lapses in the Prime Minister's security, the Chief Minister and Congress leader tweeted in Hindi what translates to, "One who cares more about life than duty, he should not take a big responsibility in a country like India!- Sardar Vallabhbhai Patel", touting bravado over sense and politically distorting something said in the historic and do-or-die context of securing India's freedom from the British.

Punjab CM on Friday said that there was no threat to Prime Minister Narendra Modi's security during his visit to the state on Wednesday.

"Punjab is a safe place for everyone. PM Modi told state's finance minister Manpreet Badal that I am returning alive from Punjab please inform your CM," Channi said while stating that there was no person near Prime Minister's cavalcade.

Earlier too, Channi had asserted that there was no danger to PM Modi's life as the demonstrators on the road were farmers who had led a peaceful agitation in the national capital for over a year.

"The farmers have been agitating peacefully for the last one year. I'm not going to lathi-charge at farmers. We spoke to farmers the whole last night after which they ended their agitation. Today, suddenly some agitators gathered in Ferozepur district," Punjab CM had said.

Bharat Kisan Union (Krantikari) has claimed responsibility for the road blockage, stating that they were unaware that PM Modi was travelling by road. "At 12 PM, police told us to leave saying PM Modi is going to come (via road). We thought police were lying to us in order to allow the BJP buses to leave via the main road," BKU(K) chief Surjit Singh Phool said, making clear that the leak of the route came from the establishment.

The central government had warned the Channi government of a possible blockade of PM Modi's route three days before the security lapse. As per the secret note accessed by Republic, the Prime Minister faces a grave threat from terrorist outfits like the IM, HuJI, HuM, LeT, TTP as well as Left-wing extremists and remnants of LTTE cadres. Additionally, it mentioned that Pakistan based terrorists like Lakhbir Singh Rode, Ranjit Singh Neeta, Paramjit Singh Panjawar and Wadhwa Singh Babbar have been making efforts to target VIPs during Punjab elections in an attempt to revive militancy. It also referred to provocation by the local Sikh youths. The note also stated that the protest on the way to Hussainiwala cannot be ruled out.