Overjoyed tea seller from West Bengal's Siliguri is distributing tea free-of-cost as PM Modi will take his oath-of-office in a grand swearing-in ceremony.

Overjoyed tea seller from West Bengal's Siliguri is distributing tea on Thursday, free-of-cost, as his idol PM Narendra Modi, along with his council of ministers, will take his oath-of-office in a grand swearing-in ceremony. 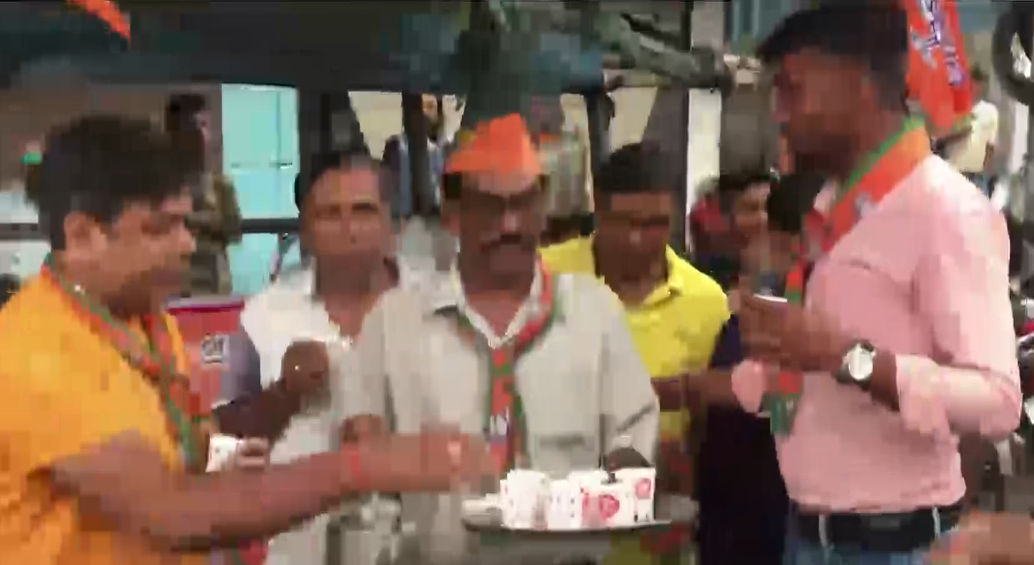 (Watch the video above)

Earlier, Bisu Sarkar from Balurghat, who is the owner of a small tea stall, invited several people to his shop and treated them with free ‘chai’ as he was celebrating PM Narendra Modi's clean sweep at Lok Sabha elections 2019.

In the Lok Sabha elections, Modi-led NDA government won 353 seats. Balurghat BJP candidate Dr. Sukanta Majumder also won. Soon after Sarkar got the news from TV and word-of-mouth, he immediately took the decision of offering tea to all free of cost. Hence, from Friday morning itself, he did what he wanted to do.

Read: From The Massive Guest List To The Delectable Fare From The Rashtrapati Bhawan's Kitchens, Here's All You Need To Know Ahead Of PM Modi's Oath-taking Ceremony

Top leaders and guests have also been invited from around the world and across the nation will attend the swearing-in ceremony of the Prime Minister which will be held tomorrow at Rashtrapati Bhavan in Delhi at 7 PM. President Ram Nath Kovind will administer the oath of office and secrecy to the Prime Minister and other members of the Union Council.