The BJP has fielded Priyanka Tibrewal as its candidate in the upcoming Bhabanipur by-poll to be held on September 30 pitting her against WB CM Mamata Banerjee. 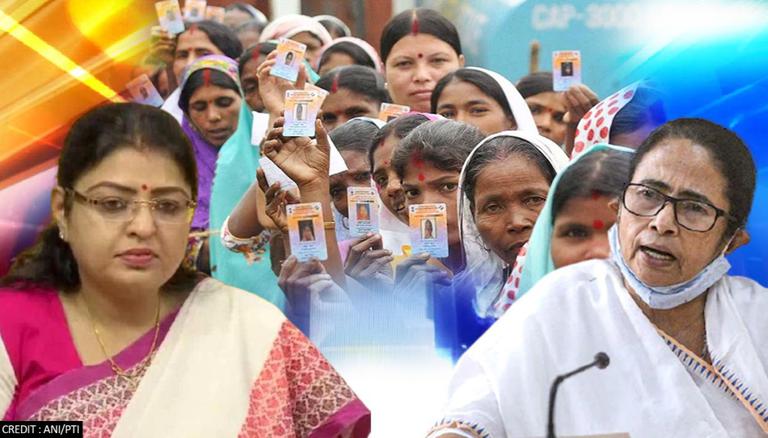 
Censuring the recent post-poll violence in West Bengal, Vice-President of the Bengal BJP youth wing and Chief Minister Mamata Banerjee's rival candidate in the Bhabanipur constituency seat for the upcoming by-polls, Priyanka Tibrewal, on Saturday, said that she prayed to Goddess Kali for the protection of people against the injustice that happened in the state.

"I've come to pray to Maa Kali for the protection of people against injustice that has happened here. My fight is against the party in power that has promoted injustice and violence against the public. I will start campaigning from tomorrow," BJP's Priyanka Tibrewal said.

The saffron party has fielded Priyanka Tibrewal as its candidate in the upcoming Bhabanipur by-poll scheduled to be held on September 30, pitting her against West Bengal Chief Minister Mamata Banerjee.

A lawyer by profession, Tibrewal is also a petitioner in the Calcutta High Court against the post-poll violence in the state. Notably, the High Court has subsequently directed a CBI probe in regards to the violence in West Bengal following the Assembly elections.

Meanwhile, Senior BJP leader Tathagata Roy on Saturday praised the nomination of Tibrewal against CM Mamata Banerjee in the Bhabanipur by-poll. Roy took a dig at the party top brass for putting up "non-serious film personalities" in the last assembly election which cost the saffron party dearly.

Pitching Tibrewal is a masterstroke by the BJP: Tathagata Roy

The senior leader described the pitching of Tibrewal as TMC supremo Mamata Banerjee's contender "a masterstroke" by BJP.

"Once defeated in Nandigram, Banerjee has every chance of meeting the same fate at the hands of one who is a fighter to the core and sides with BJP workers who have been attacked in the past," Roy told the media.

"I had always maintained that these showbiz performers who dance on stage have no seriousness. They even took a cruise on the Ganga with TMC leader Madan Mitra in the midst of electioneering. They had proved their fickle mindedness by sharing photos of it on social media accounts. Little wonder they had all lost."

"Mamata Banerjee is seeking election from the constituency after losing to Suvendu Adhikari in Nandigram. Banerjee is already a defeated candidate. There is every possibility of Priyanka winning. She was instrumental in the NHRC team's visit to areas hit by post-poll violence and in bringing justice to the victims of violence perpetrated TMC".

Replying to Tibrewal's candidature and comments by BJP leaders, TMC leader and state minister Firhad Hakim said, "Everyone knows Mamata Banerjee will win by a big margin in Bhabanipur. There is no point in giving importance to what the BJP says."

Tibrewal claimed that she is the 'daughter of Bhabanipur' as she was born and raised there.

Why is the Bhabanipur by-poll significant

It should be noted here that the by-polls will be significant for CM Mamata Banerjee to retain her position as West Bengal CM as she had lost the Nandigram seat to her former aide Suvendu Adhikari, who joined the BJP. The Bhabanipur seat was vacated by West Bengal Agriculture Minister Sobhandeb Chattopadhyay in May, making way for Mamata Banerjee to contest the by-polls in that constituency.

According to the schedule announced by the Election Commission of India, by-elections in Bhabanipur, Samserganj and Jangipur Assembly Constituencies in the state are scheduled for September 30. The counting of votes will be done on October 3.