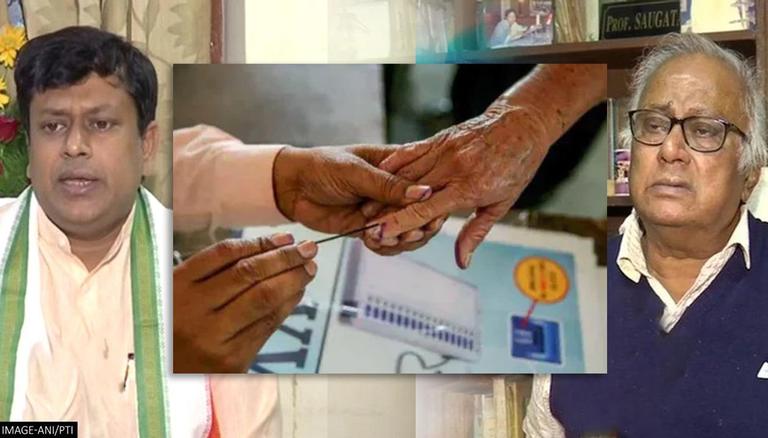 
West Bengal BJP president Sukanta Majumder has claimed that his party will aim at winning at least 25 Lok Sabha (LS) seats in the state in the 2024 general election. After attending the party meeting on Sunday, Majumder said that BJP has coined the slogan 'Ebar 25 Paar' (we will cross 25 this time) keeping in mind the Parliamentary election. However, Trinamool Congress took a jibe at the saffron party on BJP chief's claim. In the 2019 general elections, BJP managed to clinch 18 Lok Sabha seats in West Bengal and 16 seats in the 2014 elections.

"Twenty-five is our minimum target in the next Lok Sabha polls from West Bengal. From 18 seats at present, we will gift at least 25 seats to (Prime Minister) Narendra Modi in 2024, he asserted.

TMC's veteran leader and MP Saugata Roy reacted to Majumder’s assertion and said the BJP leader’s claims show that he is inexperienced and has no idea of the ground reality.

"The BJP got 77 seats in the assembly polls, but with many of its MLAs having joined the TMC, the tally is effectively 70 now. By any arithmetic, the saffron party will not secure more than 10-11 seats in the Lok Sabha polls,” Roy said.

Mamata Banerjee retained West Bengal in May after TMC won 213 seats in the Assembly elections restricting BJP to mere 77 seats. The other alliance consisting of Congress-Left-ISF had failed to win a single seat. On the other hand, independent candidates have bagged two seats. She was defeated by her ex-aide Suvendu Adhikari in Nandigram by mere 1737 votes who had joined the BJP. However, after marking victory in the Bhabanipur bypoll, Banerjee managed to secure her third term as CM and is currently campaigning in poll-bound states Goa and Tripura in order to expand TMC.