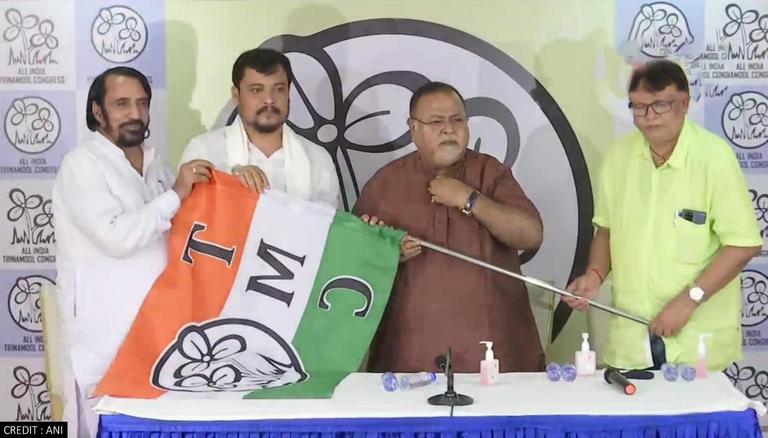 
West Bengal Legislative Assembly member Soumen Roy joined the CM Mamata Banerjee-led Trinamool Congress on Saturday. MLA Soumen Roy was welcomed to the party in the presence of TMC leader Partha Chatterjee and other party members in Kolkata. Soumen Roy was a former BJP member who had won from the Kaliganj constituency in North Dinajpur, West Bengal, in the recently held assembly polls.

MLA Soumen Roy, while joining the party, expressed his gratitude to CM Mamata Banerjee. In a press meet, he told ANI, "I had to contest from Kaliaganj on the BJP ticket due to some circumstances. But my soul and heart belong to TMC."

When asked about the reason to join the TMC, Soumen added that he wanted to work for the party to support the efforts put in by the Chief Minister. Responding to this sudden move, MLA Roy stated that he was apologetic to the TMC for the time he was not here and the void that he had created within the party. Before switching to the BJP, Roy was an agile TMC member. It is being speculated that Soumen Roy's return to the Trinamool Congress is expected to trigger a wave of defections in BJP.

BJP MLAs Tanmoy Ghosh and Biswajit Das had also defaulted from their party and made a move to the TMC earlier this week. Tannoy Ghosh contested from Bishnupur in the 2021 elections, whereas MLA Das held seats from Bagda. Since West Bengal elections were won by the Mamata Banerjee-led TMC, the BJP has so far lost four members, with the most notable exit being Mukul Roy. It has to be noted that Mukul Roy was a prominent name in the Bharatiya Janata Party before he made a switch to the Trinamool Congress.

The TMC had also suggested they would consider the return of any member of the party who left them to join another party. TMC also quoted, "Those who did not betray the Trinamool ideology for money would be allowed to come back to the party."