After the WB Legislative Assembly passed a bill to replace Governor Dhankhar, he has now appointed a University head, sparking a new row with Mamata Banerjee. 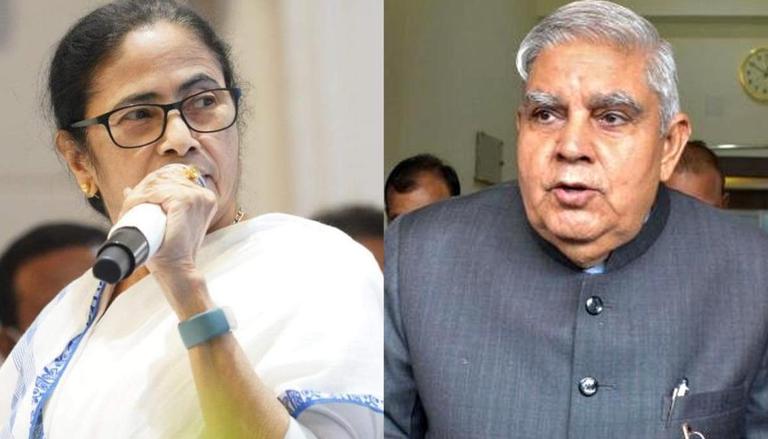 
Despite the West Bengal Legislative Assembly passing a Bill to replace Governor Jagdeep Dhankhar as Chancellor of all state-run universities with CM Mamata Banerjee, he has now gone and appointed a university head, sparking a new row with the ruling government.

With the current term of the Vice Chancellor of Rabindra Bharati University (RBU), Sabyasachi Basu Roy Choudhury coming to an end soon, the Governor has appointed Mahua Mukherjee as its next Vice Chancellor.

Governor Jagdeep Dhankhar took to Twitter to announce that Mahua Mukherjee, who is a professor in the department of dance at RBU, has been appointed the Vice Chancellor under the Rabindra Bharti Act, 1981.

Kunal Ghosh, the spokesperson of the ruling Trinamool Congress, opposed the decision and said that the governor has once again proved "he does not believe in democratic principles and federalism."

"While his consent is awaited for the bill passed by West Bengal assembly appointing the Chief Minister Chancellor of state universities, the Governor hastily announced a name as the VC of RBU. He did not bother to take into confidence the Education Minister and Chief Minister before the announcement. He is exceeding his brief," Ghosh said.

The state Education Minister had said last year that it was time to introspect whether there was a "need to continue with the colonial legacy" of getting the Governor to hold the post of chancellor. The controversy escalated after West Bengal Education Minister Bratyabrata Basu made a massive announcement in May, stating that decision had been made to replace West Bengal Governor Jagdeep Dhankhar as the Chancellor of all state-funded universities.

"VCs of 24 Universities appointed by Mamata Banerjee in disregard of law. These are ex facie in defiance of specific orders or without approval by Chancellor-the Appointing Authority," the Governor had tweeted. "These appointments carry no legal sanction and would be forced to take action unless soon recalled," he had added.

The West Bengal cabinet's decision was based on a recommendation made by the Punchhi Commission in 2010 that the convention of appointing Governors as chancellors of universities be stopped.