Amid the ISF-Congress tiff, Nawsad Siddiqui- the lone MLA representing Sanjukta Morcha in the West Bengal Assembly was not invited for an all-party meeting. 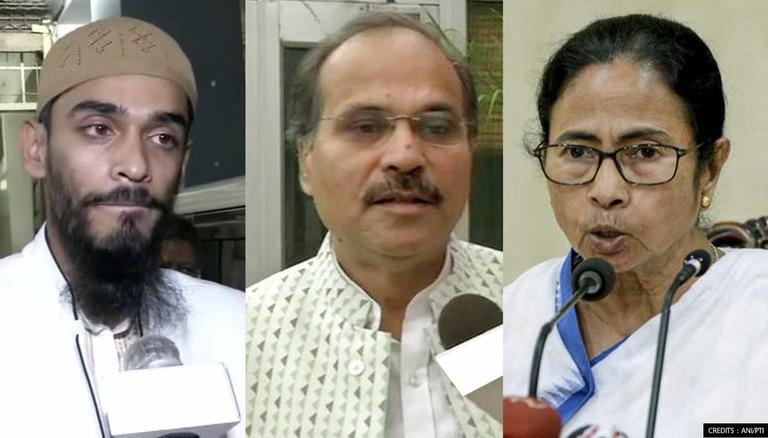 
Amid the tiff between ISF and Congress, Nawsad Siddiqui- the lone MLA representing Sanjukta Morcha in the West Bengal Assembly was not invited for an all-party meeting on Monday. As a part of this alliance, Congress and the Left front drew a blank in the Assembly election, whereas the Indian Secular Front won one seat. Siddiqui who is the chairman of ISF formally wrote to Speaker Biman Banerjee inquiring regarding this meeting. According to him, he did not receive any official communication or email regarding the same.

Despite being the lone MLA representing Sanjukta Morcha in the House, I did not receive any official communication or mail from the office of West Bengal Legislative Assembly (WBLA) about the all-party meeting which was held today: Bhangar MLA Nawsad Siddique to WBLA Speaker pic.twitter.com/BHCm76FF0S

While Leader of Opposition Suvendu Adhikari skipped the meeting convened ahead of the Assembly session starting on July 2, multiple BJP MLAs including Manoj Tigga, Agnimitra Paul, Mihir Goswami and Ambika Roy were present. Earlier, speculation was rife that the saffron party was mulling a boycott over the Speaker's decision to allow the nomination of BJP-turned-TMC leader Mukul Roy as a member of the Public Accounts Committee. Reportedly, the BJP delegation raised issues such as post-poll violence, PAC and fake vaccination camps.

Congress conflicted over the tie-up with ISF

Once considered a vocal supporter of the Trinamool Congress, influential cleric Abbas Siddiqui starting taking on the state government in the last few months prior to the Assembly polls. He launched ISF on January 21, which was projected as a viable platform for Muslims, Dalits and Adivasis residing in West Bengal. While Rajya Sabha MP Anand Sharma opposed Congress' alliance with ISF citing that it was against his party's core ideology, his advice went unheeded.

Last week, the internal rift within Congress again came to the fore over the future of the alliance with Furfura Sharif cleric Abbas Siddiqui's ISF. On June 19, WB Congress president Adhir Ranjan Chowdhury had expressed apprehension over the tie-up with ISF. He stated, "We never formed an alliance with Indian Secular Front, our alliance is with the CPM, we have not parted ways, the alliance is there". Maintaining that the clean image of the alliance was tarnished by the entry of ISF, he slammed the party for fielding candidates against Congress.

Moreover, Chowdhury made it clear that the alliance will be revisited ahead of the upcoming civic body polls. However, his party colleague and erstwhile Leader of Opposition Abdul Mannan called on Siddiqui and other leaders in Furfura Sharif on June 27. Disagreeing with Chowdhury's observations, he asserted that the alliance with the ISF continues until Congress president Sonia Gandhi dissolves it.