Paresh Adhikari had reached the CBI office at around 10.35 AM with a file, which contained several important documents related to his daughter's appointment. 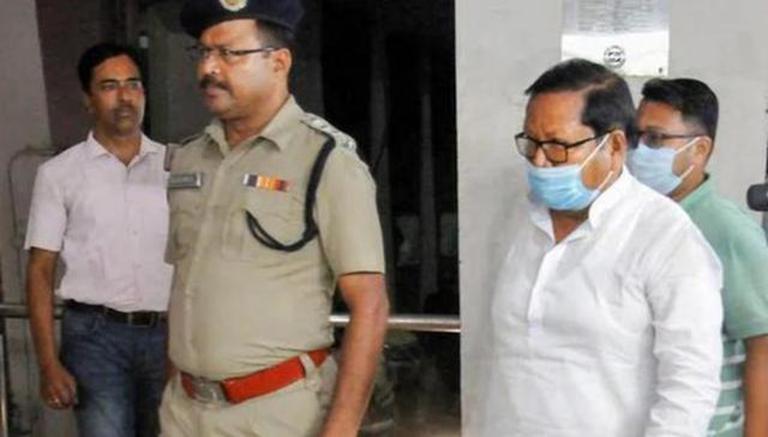 
West Bengal minister Paresh Adhikari was grilled for four hours on the third consecutive day by the CBI and was asked questions regarding the "illegal" appointment of his daughter Ankita as a primary school teacher in a state-run institute. Adhikari, who is the education minister in the Mamata Banerjee-led government reportedly submitted documents to the agency.

During the interrogation, he was asked to give names of all those who had aided his daughter's appointment as a primary teacher.

"Adhikari was asked about the various calls he had made from his mobile phone regarding his daughter Ankita's appointment. He was also asked to write down the names of all those whom he had approached for the purpose," the official told PTI. Like in the earlier interrogations, the entire process was videographed, he added.

Adhikari had reached the CBI office at around 10.35 AM with a file, which, as per reports, contained several important documents pertaining to Ankita's appointment.

Calcutta High Court had on Friday dismissed Ankita Adhikari from her job in a government-aided school and asked her to return the salary she had drawn during her 41-month tenure as a teacher. CBI sources said that the agency's sleuths may summon her for questioning next week.

The Central Bureau of Investigation (CBI) registered an FIR against the father-daughter duo over allegations of irregularity committed by Paresh in securing Ankita a teacher’s job while ignoring the merit list. Adhikari, along with his daughter, was booked under IPC sections 420 (cheating and dishonesty) and 120B (criminal conspiracy), besides sections under the Prevention of Corruption Act.

A petition was filed by a candidate who had alleged that she was deprived of the position despite having secured higher marks than Paresh Adhikari's daughter in the recruitment examination. As per the petitioner, her name had initially featured in the merit list at number 20 but was later changed to 21 after Ankita’s name was added to the list.