Violent clashes erupted between two factions of TMC at Dubrajpur in the Birbhum district of West Bengal. TMC Supremo Mamata Banerjee is currently in Delhi. 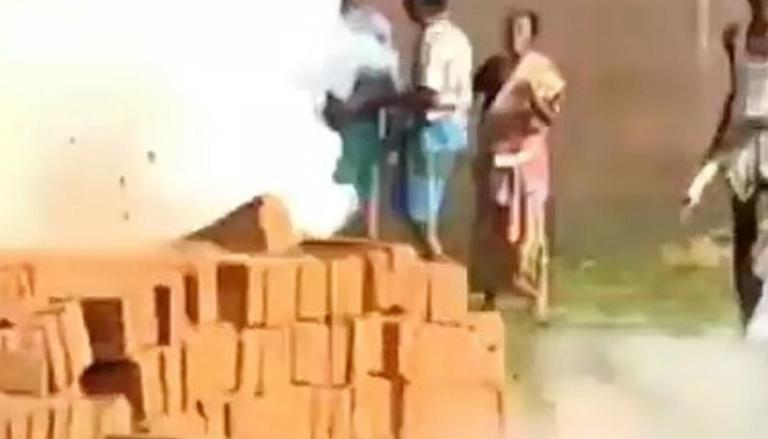 
Amid several leaders joining Trinamool Congress (TMC), party members back in West Bengal hurled crude bombs at each other. Violent clashes erupted between two factions of TMC at Dubrajpur, Birbhum district of West Bengal on Tuesday. Seven alleged miscreants were detained by the people and currently, the situation is at peace. The injured have been rushed to the hospital, informed security officials.

While Mamata Banerjee is busy mass inducting failed leaders into the TMC & nurturing dreams of becoming a national leader, violent clashes have erupted between two factions of her party in Birbhum, #WestBengal. TMC workers were seen hurling bombs at each other. God bless us all!! pic.twitter.com/wwyDgKp2FD

Former Janata Dal-United (JDU) MP Pavan Varma, Kirti Azad of Congress and  Ashok Tanwar joined the TMC on Tuesday. The TMC supremo is currently in Delhi and she is expected to meet Prime Minister Narendra Modi on November 24 and discuss central funds for the state and the issue of the expansion of the BSF's zone of control.

In December 2015, Kirti Azad, cricketer-turned-politician, was excluded from the BJP for openly targeting the then Union finance minister Arun Jaitley over alleged irregularities and corruption in Delhi and District Cricket Association. He then joined Congress in 2018.

While Ashok Tanwar was a senior Congress leader and an MP from Sirsa during the period 2009-2014. He also served as president of the party's Haryana unit. But later in 2019, he quit the Congress days before the Haryana Assembly elections and launched his own party, Apna Bharat Morcha, in February this year.

While Kirit Azad expressed his desire to work for the welfare of people under Mamata's leadership, Pavan Varma informed that TMC supremo Mamata Banerjee invited him very politely and respectfully to join the party. Meanwhile, Pavan Varma spoke on Congress leaders witching to TMC, he asserted, "In politics, politicians take independent decisions to join any party. The one who was earlier in congress might be sad and want to join the party on whose idealogy they believe, they can join that party".