Following a major health scare that happened after several COVID-19 positive cases emerged from an event held in Nizamuddin Markaz, Maharashtra Home Minister Anil Deshmukh in an official statement question the central government over the event, saying that why didn't the central government refuse permission to the  Nizamuddin congregation. The Tablighi Jamaat's congregation in Delhi has emerged as one of the major COVID-19 hotspots in the country. The Mumbai Police on Monday had also requested the Tablighi Jamaat members to approach the BMC and inform it about their travel details or face action.

In his statement, he also raised the role of NSA chief Ajit Doval saying that the NSA chief met the head of Markaz late and added that he should have stopped the event. Deshmukh further questioned the silence of Doval over the same. 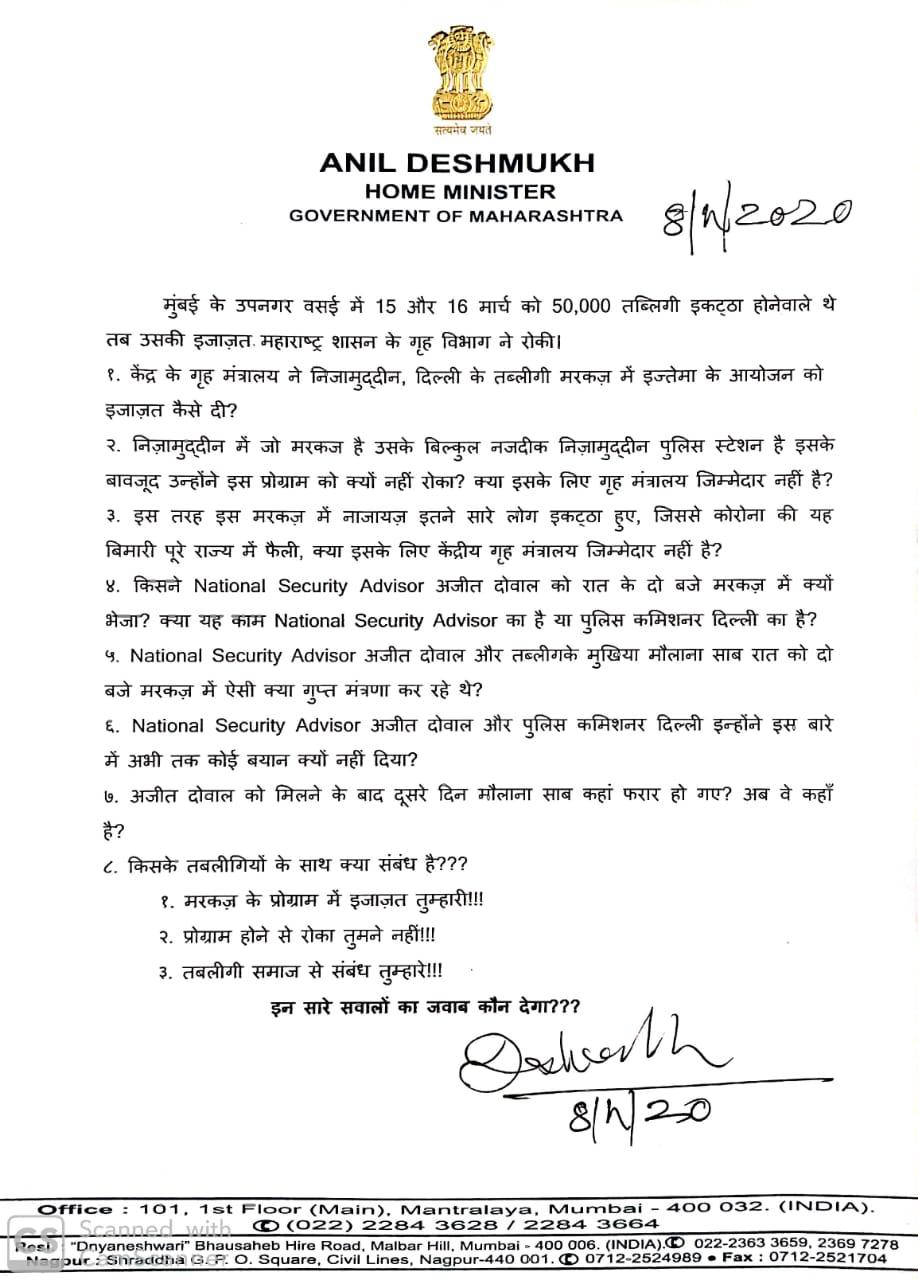 On the fourteenth day of the national lockdown on Tuesday Maharashtra reported a sharp spike by 150 in coronavirus positive cases, with Mumbai alone accounting for 116, taking the overall tally of the affected people in the state to 1018, Health officials said. Maharashtra thus became the first state in the country to report more than 1,000 coronavirus cases, he said. Simultaneously, the death toll due to COVID-19 rose by 12 to 64 across the state. Apart from Mumbai's 116 cases, new cases were reported from Pune (18), three each from Ahmednagar, Nagpur and Aurangabad, two each from Thane and Buldana, and one each from Satara, Ratnagiri and Sangli, said the Health Department official.