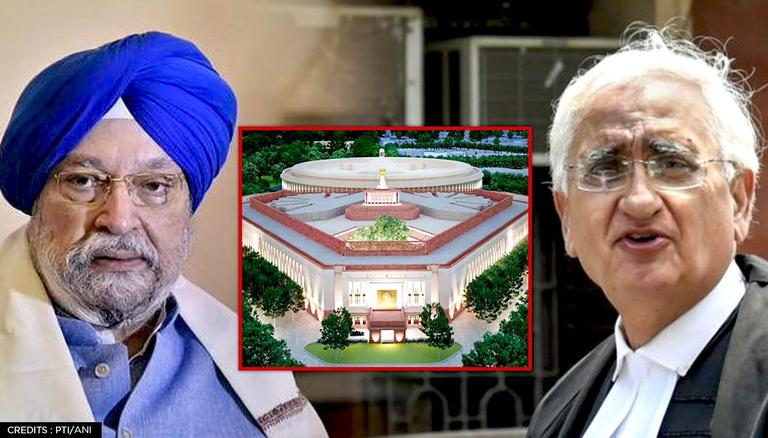 
Exposing the hypocrisy of Congress for opposing the construction of the Central Vista Project, Union Minister Hardeep Singh Puri on Tuesday exhumed a statement of UPA era Foreign Minister Salman Khurshid praising China and expressing his interest to live in Beijing.

Hardeep Singh Puri, who is the Minister of Housing and Urban Affairs in India, made reference to Salman Khurshid's visits to China just a week after the border dispute in the Ladakh region in 2013. Salman Khurshid had then said he would love to live in Beijing.

Hitting out at Congress, Hardeep Singh contended that the Congress leaders praised the development in other countries but are making all efforts to criticise the infrastructural works taking place in India.

Such is their love for development.
But only when it happens in other countries.

When India takes up development & redevelopment projects they make all efforts to criticise, stall & run it down.
Bizarre, isn’t it?

When Shashi Tharoor visited the Malaysian Parliament in 2018 he apparently loved the modern new building including the swivel chairs & name plates.

He also correctly lamented how he had to sit on crammed benches in an old building & declared it to be a “Time for an upgrade.” pic.twitter.com/chu85Wazhp

Congress along with other opposition parties have vehemently criticised the construction of the Central Vista project by labelling it as a "vanity project". Former Congress President Rahul Gandhi has called it "criminal wastage," and asked the Central Government to use the project money on improving medical infrastructure during the COVID-19 pandemic despite Rs 35,000 crore have been allotted by the Centre for ramping up health infrastructure in the country in light of COVID-19 pandemic.

The Delhi High Court on Monday dismissed a petition seeking to halt the construction of the Central Vista project amidst the lockdown due to the outbreak of the second wave of COVID-19, and also slapped a cost of Rs.1 lakh on the petitioner. "In view of the aforesaid matter, since workers are staying on-site, there is no need to pass any directions. It's a motivated petition and doesn't seem to be a genuine one," said a division bench of the high court presided over by Chief Justice D N Patel and Justice Jyoti Singh while turning down the petition.