MNS Chief Raj Thackeray on Sunday urged his party workers to not post any opinion over the matter on social media until the party's official position is out. 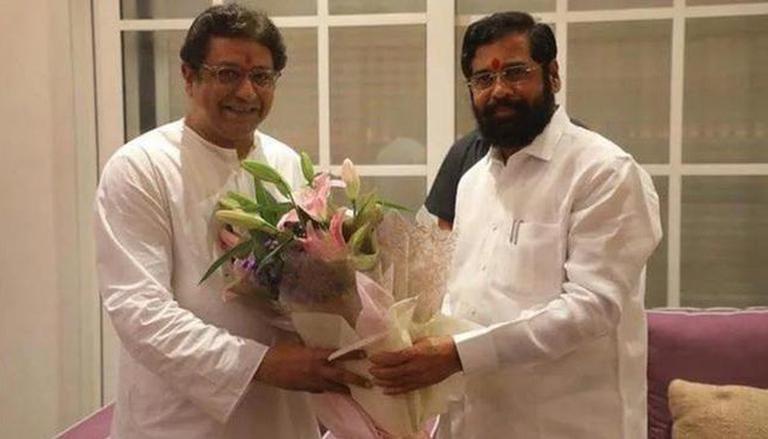 
A day after the Election Commission (ECI) barred both factions of Shiv Sena from using the party name and its symbol, Maharashtra Navnirman Sena (MNS) president Raj Thackeray on October 9 urged his party workers to not post any opinion over the matter on social media until he presents the party's official position in the matter.

The MNS chief took to Twitter and stated, "None of my Maharashtra soldiers should talk or write on any media or social media about the ongoing political events. I will present the party's position on all this in due course."

Meanwhile, Uddhav Thackeray, earlier in the day, appealed to the Election Commission to finalise one of the three symbols submitted by his faction and the name without delay in view of the November 3 bypoll to the Andheri East assembly segment.

In a virtual address a day after the election body froze Shiv Sena's 'bow and arrow' poll symbol, Uddhav said it was "injustice". The poll body on October 8 barred the Shiv Sena factions led by Uddhav and Maharashtra Chief Minister Eknath Shinde from using the party name and its election symbol in the upcoming bypoll.

"Both groups shall also be allotted such different symbols as they may choose from the list of free symbols notified by the Election Commission for the purposes of the current bye-elections. Accordingly, both groups are hereby directed to furnish, latest by 1 pm on 10th October," read the EC order.

The Uddhav faction is looking out for options like a torch, Trishul and the rising sun to be used for the Andheri East Assembly bypoll. However, they have not taken a final decision. The Uddhav faction also considered three names for the party to be used in the Andheri East by-polls-  Shivsena Balasaheb Thackeray, Shivsena Prabodhankar Thackeray, and Shivsena Uddhav Balasaheb Thackeray.