Yediyurappa Says He'll Resign As Karnataka CM If BJP Asks Him To, Ahead Of July 26 D-day

Meanwhile, Yediyurappa has urged his supporters to act in accordance with party ethics and not indulge in protests. This comes before his govt completes 2 years 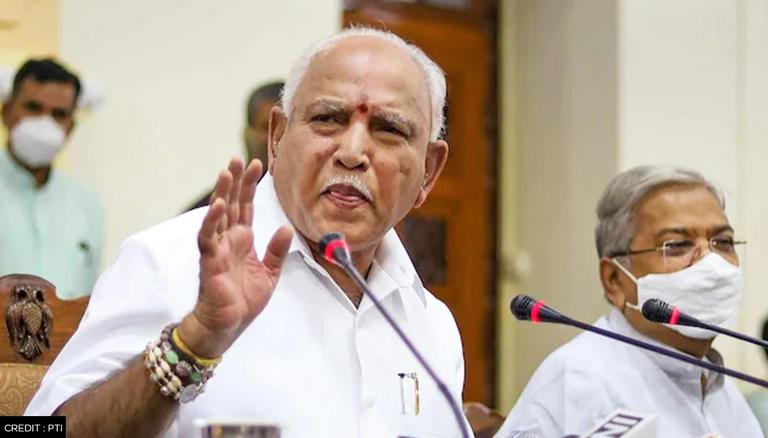 
Hinting that a major political development may indeed take place on July 26 and amid rumours of being replaced as the Karnataka Chief Minister, BS Yediyurappa on Thursday affirmed that he will follow the decision of the BJP High Command. He also urged party works and seers to cooperate.

"There is an event on 26th (July) on completion of two years of our government. After this, I will follow whatever JP Nadda will decide. It is my duty to bring back BJP to power. I urge party workers and seers to cooperate," Yediyurappa said.

The senior leader also asserted that he has not been asked to resign yet. "When the directions come, I'll quit and work for the party. I have not recommended any name. The party high command has not said anything to me. Let's see what will happen after July 26," Yediyurappa affirmed.

On Wednesday, the Chief Minister received support from influential members of the Lingayat community and political leaders. Seers from several mutts and Congress MLAs Shamanur Shivashankarappa and MB Patil backed Yediyurappa for the top post.

Meanwhile, Yediyurappa has urged his supporters to act in accordance with party ethics and not indulge in protests, which according to him would bring embarrassment to the BJP.

"I am privileged to be a loyal worker of @BJP4India.It is my utmost honour to serve the party with the Highest Standards of Ethics & Behaviour. I urge everyone to act in accordance with party ethics & not indulge in protests/indiscipline that is disrespectful & embarrassing for party," BS Yediyurappa had tweeted.

Since BJP won 12 out of the 15 by-elections held last year, the Yediyurappa administration has faced problems in expanding the Cabinet and sharing portfolios. For instance, the Karnataka CM reevaluated ministerial portfolios multiple times after ministers started expressing their disgruntlement.

The speculations gained momentum after he met PM Modi, Union Ministers Amit Shah and Rajnath Singh and BJP President JP Nadda last week. After the meeting, Yediyurappa had said that there was no discussion regarding his resignation. However, a change is likely on the cards in the BJP legislature party meeting on July 26.