UP Chief Minister Yogi Adityanath on Monday cancelled his scheduled visit to districts. Earlier, the CM had vowed to bring justice in Lakhimpur Kheri violence. 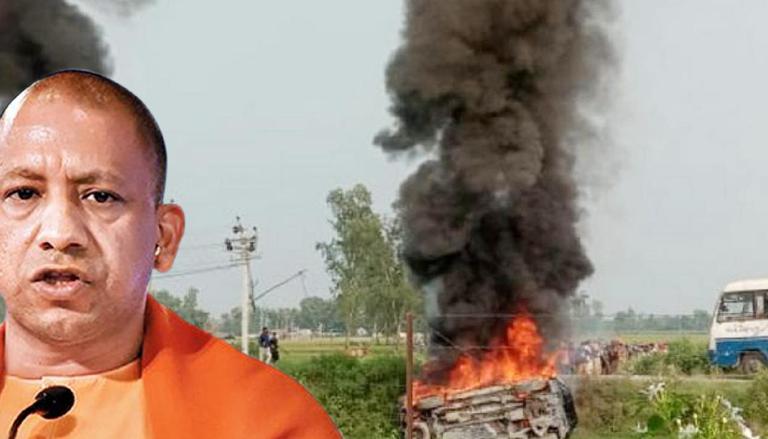 
Uttar Pradesh Chief Minister Yogi Adityanath cancelled his scheduled visit to Shravasti and Bahraich districts in the backdrop of violence in Lakhimpur Kheri. On Sunday night, the Chief Minister had assured strict action against those found guilty. Violence broke out in the Lakhimpur Kheri district during a farmers' protest when a jeep allegedly ran over protesting farmers when they were trying to protest against UP Deputy Chief Minister Keshav Prasad Maurya’s visit to Banbirpur village. The death toll rose to nine on Monday morning which includes the causality of four farmers.

Meanwhile, internet service has been suspended in the area along with the imposition of section 144 and additional police deployment. A murder case has been registered against Union Minister Ajay Kumar Mishra's son and several others over the violence in Uttar Pradesh's Lakhimpur Kheri. On the other hand, Congress leader Priyanka Gandhi Vadra was detained by the UP police as she headed to meet the families of four farmers killed in the violence.

In the latest update, a Police vehicle was torched near Samajwadi Party (SP) leader Akhilesh Yadav's residence in Lucknow. The SP leader has been placed under house arrest as he was also scheduled to visit the Lakhimpur-Kheri district where the violence took place on October 3. Additionally, BSP general secretary SC Mishra and Congress leaders Pramod Tiwari and Salman Khurshid have also been placed under house arrest.

What happened during farmers' protest in Lakhimpur Kheri

Initially, violence broke out after two vehicles allegedly ran over a group of protesting farmers, who were demonstrating against Keshav Prasad Maurya, the Deputy Chief Minister of Uttar Pradesh at Tikonia-Banbirpur in Lakhimpur Kheri. Later, reports of six casualties came forward and in the recent update, at least nine people have been said to be killed in the mishap. Sanyukta Kisan Morcha (SKM) has claimed that one of the farmers was shot dead by Ashish Misra - son of Union MoS Ajay Misra Teni and two farmers were killed after his car ran over them and turned turtle. In retaliation, farmers resorted to stone-pelting at the car which had overturned, killing 4 BJP workers - including Misra's driver. Clashes followed after the incident resulting in many injuries. However, Ajay Mishra's son Ashish Mishra has denied that he was present at the spot.