UP CM Yogi Adityanath on Thursday raised his voice against 'appeasement politics' that he said had divided the country soon after it gained independence. 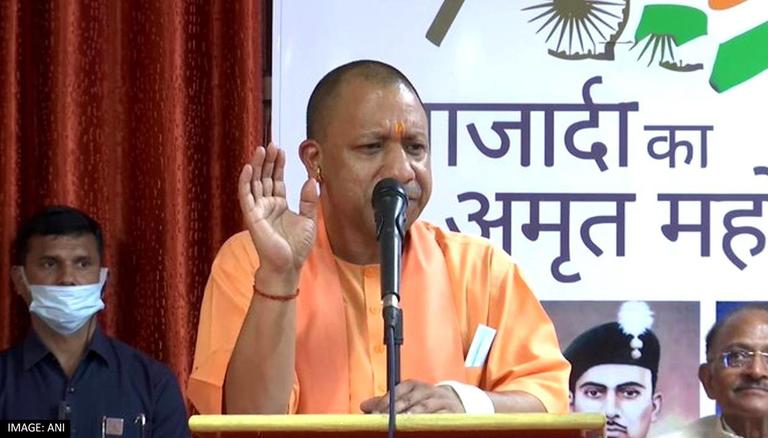 
Uttar Pradesh Chief Minister Yogi Adityanath on Thursday raised his voice against 'appeasement politics' that has divided the country soon after Independence, urging everyone to remain united and put an end to any kind of discrimination.

While addressing an event of 'Azadi Ka Amrit Mahotsav' in a school, the UP CM said, "When India is divided into caste, creed, region, language and many other parts, then the world works to suppress our fragmented voice. When India of 135 crore population speaks together, then it stands as the biggest power in front of the world."

"In 1947, India got independence for sure, but the pledges of Independence that were taken by our great freedom fighters while sacrificing their lives, did Independent India take those pledges forward? Is it not true that soon after Independence, politics of appeasement had not only led this country towards communal division, but also several other divisions? There was also a time in this country when the common people expressed their anger against the ruling government on the streets. That is why the people of India voted for Modi Ji later for unity," CM Yogi added.

UP Chief Minister Yogi Adityanath also said that the change of leadership at the Center has infused new confidence in the people of the country and the state government should reach the benefits of the schemes to the people with full sensitivity without discrimination. CM Yogi said, "The change of leadership awakens new confidence in the mind of every citizen. The government should be sensitive and work to take the schemes to every section of the society without discrimination and we're doing this in the state."

Lucknow to be renamed as Laxmanpuri?

Meanwhile, a recent tweet by UP Chief Minister Yogi Aditynath has sparked off speculations that the name of Lucknow may soon be changed. In the tweet welcoming Prime Minister Narendra Modi to Lucknow on Monday evening, Yogi Adityanath wrote: "Warm welcome and greetings to you in the holy city of Sheshavatar Lord Shri Laxman, Lucknow." Since then, there has been a buzz in political circles as well as on social media about a possible plan to rename Lucknow as 'Laxmanpuri'. A grand temple dedicated to Lord Laxman, the brother of Lord Ram is already being constructed in the city.