Extolling his govt's development, UP CM Yogi Adityanath on Monday, claimed that previously even 'cows and buffaloes' did not feel safe in UP at a Lucknow rally 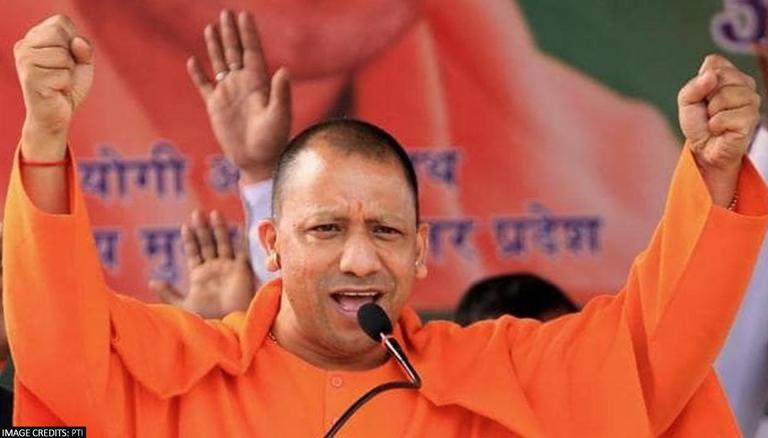 
Extolling his govt's development, UP CM Yogi Adityanath on Monday, claimed that previously even 'cows and buffaloes' did not feel safe in UP. Slamming the previous SP-BSP govts, Adityanath claimed that western UP had made women feel unsafe. Claiming that now the law and order situation had improved, Adityanath in a Lucknow rally, asked, "Can you see the difference?".  The 403-seat UP assembly where Yogi rules with an iron-clad majority of 314 seats, is up for grabs in February 2022.

"Previously, daughters, sisters felt unsafe in UP. Even if an ordinary bullock cart goes through Western UP, the cows and buffaloes felt unsafe. These problems were not in Eastern UP, but was in Western UP. But today, can anyone forcibly kidnap any cow, bullock or woman? Can we not see the difference?," said Adityanath.

#WATCH | "...Earlier our daughters, sisters felt unsafe. Potholes on roads symbolized UP. Even buffaloes, bulls didn't feel safe. These problems persisted in Western UP, not eastern UP...But it's not the same today. Can you not see the difference...," says CM Yogi Adityanath pic.twitter.com/sytpciJVab

He added, "Previously, what was UP's image? Previously the place where potholes started, the state started. If there is darkness in the evening, that was UP. Any civilised person feared from walking on streets at night, that was UP. But not today".

Yogi: 'Wherever scorpion is...'

On Sunday, Adityanath claimed that 'Wherever the scorpion is, it will bite'. Alleging that the opposition parties were pro-Taliban, casteist, dynastic and shot at Ram devotees, Adityanath urged UP citizens to re-elect the BJP. Adityanath also alleged that the SP govt along with their used to eat up the ration of the poor, letting them die, while launching several development projects in Kushinagar.

READ | Omar Abdullah lashes out at Yogi Adityanath for 'Abba Jaan' jibe: 'Only hatred on agenda'

Taking a jibe on Akhilesh Yadav, he said, "Why did the poor not get the ration before 2017? Ration used to reach Nepal and Bangladesh. Those who called their father Abbajan used to benefit a particular section. There used to be caste-based appointment lists. Fair appointments are being made in the BJP government and youth are getting employment". His comments have been slammed by Congress and J&K NC as 'communal and hateful'.

With BJP fighting under the leadership of incumbent CM Yogi Adityanath, several fronts have cropped up to challenge the ruling BJP. While Suheldev Bharatiya Samaj is eyeing an alliance with AIMIM, Azad Samaj Party, Pragatisheel Samajwadi Party; parties like AAP, Shiv Sena, and JDU have announced that they will be contesting for the UP polls. SP chief Akhilesh Singh Yadav has stated that SP will only ally with smaller political parties for the 2022 Assembly polls, holding talks with Mahan Dal, NCP. Mayawati has already announced that her party will fight polls alone in UP and Uttarakhand, while allying only with Akali Dal in Punjab.  Congress has aggressively campaigned under the leadership of Priyanka Gandhi in the state, eyeing its solo return.